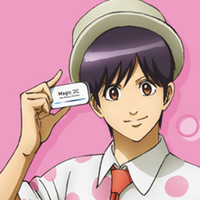 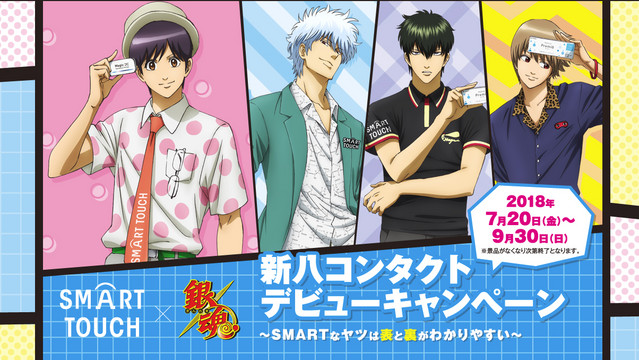 The bespectacled Shinpachi is losing his glasses -- for the span of this advertising campaign, anyway. The Gintama character, along with other cast members, will appear in advertising for Menicon's latest Smart Touch contact lens products.

Smart Touch disposable lenses are made and packaged in such a way that, unlike most soft lenses, you won't have to fumble with making sure it's right-side-out. The lenses are perfect for inexperienced or first-time wearers, like (we assume) Shinpachi. But, as you might expect, Gintoki and the boys weren't content to let Shinpachi have the spotlight to himself, and crashed the campaign.

Three advertising standees will be raffled off to fans during the campaign. In addition, purchasing Menicon Smart Touch Magic contact lenses will net you some sweet bonuses: a character bromide for a single box, or an A5 clear file for six boxes. 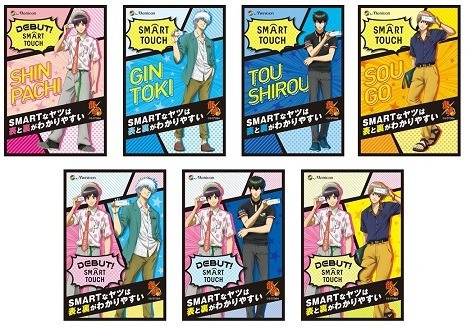 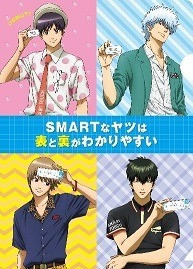 The campaign will run from July 20 to September 30.