Long-awaited sequel will be distributed by Toho, Toei, and Khara 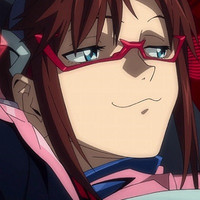 Head's up, Eva fans! After many years and much speculation, the fourth and final film in the Rebuild of Evangelion tetralogy is now officially scheduled to hit Japanese theaters in 2020. Known in English as Evangelion: 3.0 + 1.0, the film was first announced way back in 2012.

Details for the new film are currently few and far between, but some members of the staff have been revealed, including: