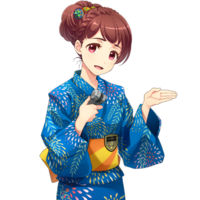 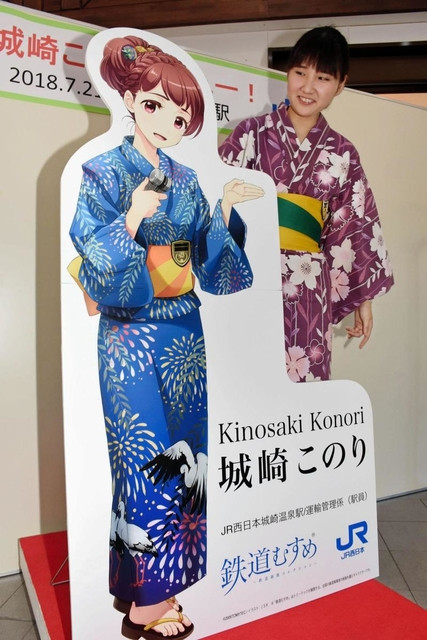 Konori Kinosaki debuted at a special ceremony on July 21, 2018, at Kinosaki Onsen Station that culminated with the installation of a life-size standee with which visitors can take photographs. The character was developed by TOMYTECH and features a character design by JSK. Konori wears a yukata, which mirrors a summer tradition by Kinosaki Onsen Station employees that began in 2008.

According to her backstory, Konori Kinosaki is a friendly young lady who loves history and studying foreign languages. Her parents work at a traditional Japanese inn, and she is always ready to greet guests with a smile and teach them the local charms of the hot springs district in Kinosaki.

Kobe Shimbun Next via Otakomu