Mari Goes Tumblin' Down in Rebuild of Evangelion Teaser Trailer 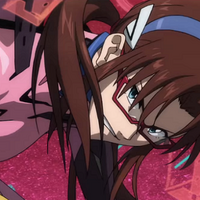 Originally only available as part of the pre-movie trailer package at Japanese cinemas, King Records has now published the 22 second long teaser video for Evangelion: 3.0 + 1.0, the highly anticipated fourth and final film in the Rebuild of Evangelion series.