New Guilty Gear Game is in the Works 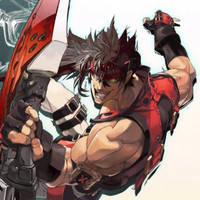 The Evo 2018 fighting game tournament has been going on all weekend, which means plenty of opportunities for new announcements. Arc System Works CEO Minoru Kidooka had one to make after the Guilty Gear Xrd: Rev 2 finals, where he revealed that a new Guilty Gear title is currently in the works.

We'll have to wait for more information on the new game. In the meantime, Arc System Works also announced the Arc Revo World Tour, which will offer up over $100,000 in prizes when it runs from this fall to fall 2019. Competitors who qualify around the world will be able to try their hand at winning cash in Guilty Gear Xrd: Rev 2, BlazBlue: Cross Tag Battle, and BlazBlue: Central Fiction.