Fist of the Blue Sky: Regenesis Strikes Back in October of 2018 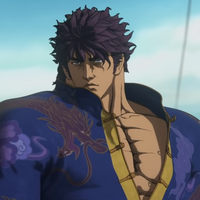 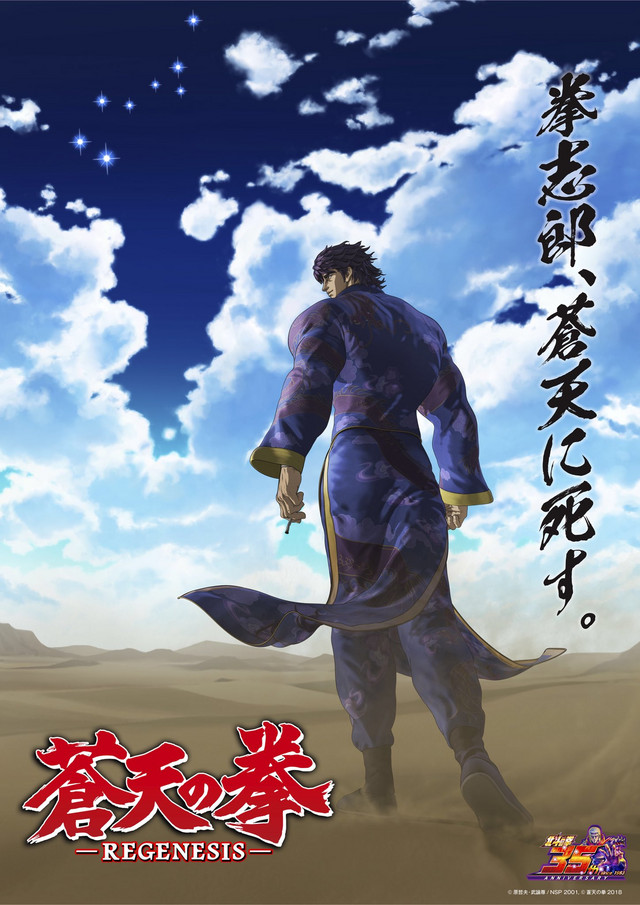 October is gearing up to be a month filled with beefy 3DCG boys, because Fist of the Blue Sky: Regenesis is returning to Japanese airwaves with a second season of goon-exploding goodness, and now a new key visual (above) and a combination recap video / preview video (below, narrated by the goons, of course) have been published to celebrate the continuing adventures of Kasumi Kenshiro.

Based on original characters created by Tetsuo Hara and Buronson and the manga written by Hiroyuki Yatsu and illustrated by Hideki Tsuji, Fist of the Blue Sky: Regenesis is directed by Akio Kazumi and features animation production by Polygon Pictures. Crunchyroll currently streams the first season of Fist of the Blue Sky: Regenesis, and describes the story as follows: 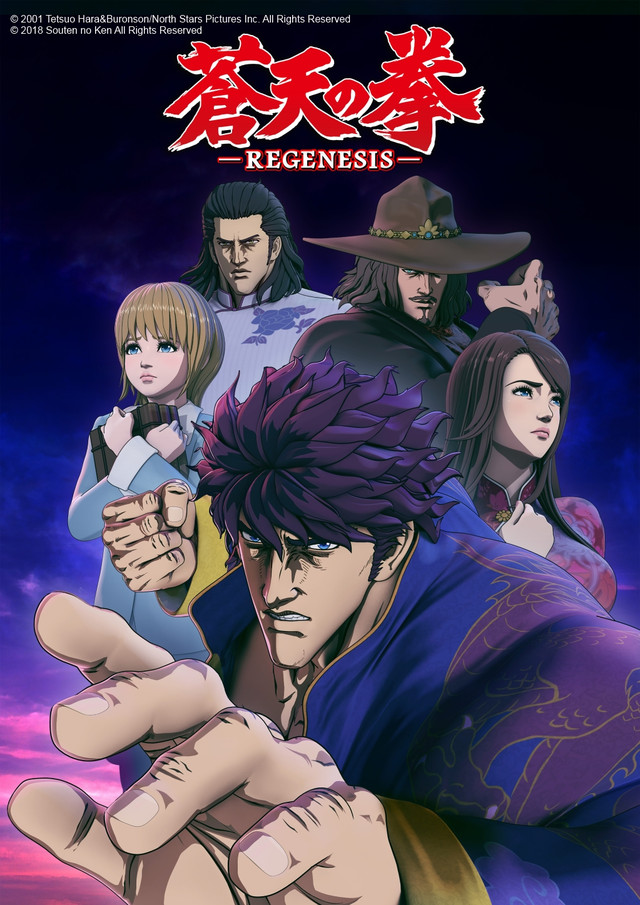 The year is 193X in Shanghai, the city where lives are valued least. The rivalry between the two factions controlling the underworld, the Green Gang and Red Flower Gang, reaches its peak and is nearing its end with a Green Gang victory. The individuals responsible for the revival of the Green Gang, Kasumi Kenshiro and Yu-Ling, are enjoying a brief rest from the conflict. Meanwhile, in Harbin, Liu Fei-yan and Erika Arendt are carefully transporting something. With their course set for Shanghai, they are headed to meet French intelligence officer Charles de Guise.

The second season of Fist of the Blue Sky: Regenesis will broadcast on Tokyo MX, Sun TV, KBS Kyoto, and BS Fuji on Mondays during the 24:30 time slot beginning on October 08, 2018.