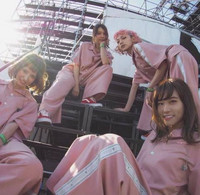 Rock with the rock! Japanese all-girl rock act and Epic Records Japan recording artist, SCANDAL [JP], have just announced a series of live concert dates that will see the band performing in select cities in the U.S. (and Mexico) later this summer. 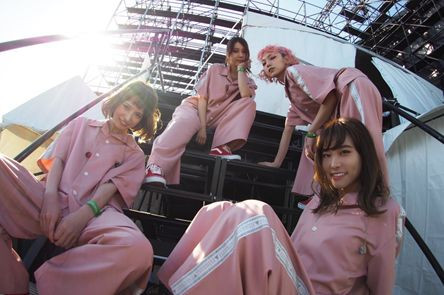 From the official press release:

SCANDAL [JP] is one of Japan’s most popular rock bands, epitomizing the “J-Rock” aesthetic. The 4-piece unit adeptly blends pop, rock and alternative music sensibilities with hip and contemporary fashion sensibilities and unstoppable girl star power. The band embarks on its latest tour in support of its new record, HONEY, which was released in February.

With the band’s newest Epic Record Japan release, SCANDAL [JP]l sought to deliver an album of love songs, told from a female point of view. The band’s eighth studio album, HONEY, dropped on February, 2018 and peaked at #3 on the Japanese Oricon weekly sales charts and extended the band’s streak of being the only girl group to consecutively have each of their albums place the Oricon Top 5. The album features ten tracks including a rendition of the band’s 10th Anniversary single, “Take Me Out.”

Lead singer Haruna explains, “We focused this album around what we individually like to do as well as what what we like to do as a group. We wanted to make music that represents all of us and also songs and subjects told from the standpoint of a girls’ band.  We also wanted to go all-in for the10 year anniversary of our debut. HONEY pays homage to that and also shows has we have continued to evolve as a group.”

SCANDAL [JP] formed in August, 2006 among four high school girls that attended the same vocal and dance school in Osaka, Japan. Taking their name from a shop sign that hung near the studio where they practiced in their early days, the band, which consists of Haruna (lead vocals, rhythm guitar), Mami (lead guitar, backing vocals), Tomomi (bass, lead vocals), and Rina (drums, keyboards, guitar, backing vocals), shared a mutual love of western rock bands and artists ranging from Green Day, Foo Fighters and Paramore to the pop styling of Taylor Swift and Pink. SCANDAL [JP] embarked on an extensive world tour in 2015, selling out venues across North America, and Europe. The group continues to hone its dynamic mix of frenetic melody-driven energy mixed with smooth, pop-styled vocals that have become its hallmark.

SCANDAL [JP] has been featured in a number of shoots and collaborated with known iconic fashion brands such as NIKE, Vans, and the music brand, Fender. The band also has its own original fashion brand – Feedback! – that is produced and designed by all of the members.

Music by SCANDAL [JP] has been featured in a host of TV shows and movies including an array of anime series with fervent worldwide fanbases. The group’s singles “Harukaze” and "Shunkan Sentimental" were the opening theme songs for the anime series Bleach and Fullmetal Alchemist Brotherhood and the band also contributed the song, “Daybreak Meteor Shower,” as the theme to the Pokémon feature film, Diance and the Cocoon of Destruction. Several of the group’s singles have been widely featured in Japanese TV commercials for Cecil McBee cosmetics, Nike, Microsoft Windows and Vans.