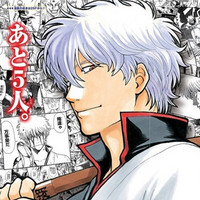 It is officially announced in this year's 38th issue of Weekly Shonen Jump released today in Japan that Hideaki Sorachi's Gintama manga will end its serialization with five more chapters and that its final chapter will be published in the magazine's 42nd issue to be released on September 15.

As the author's first serialization work, the sci-fi action comedy series has been serialized in the magazine for 15 years since its 2nd issue of 2004. So far it has released 74 tankobon volumes with over 55 million copies in circulation.

Along with the three version Gintoki (anime, live-action, and manga), the cover of Jump's 38th issue says, "There is an important announcement!!" 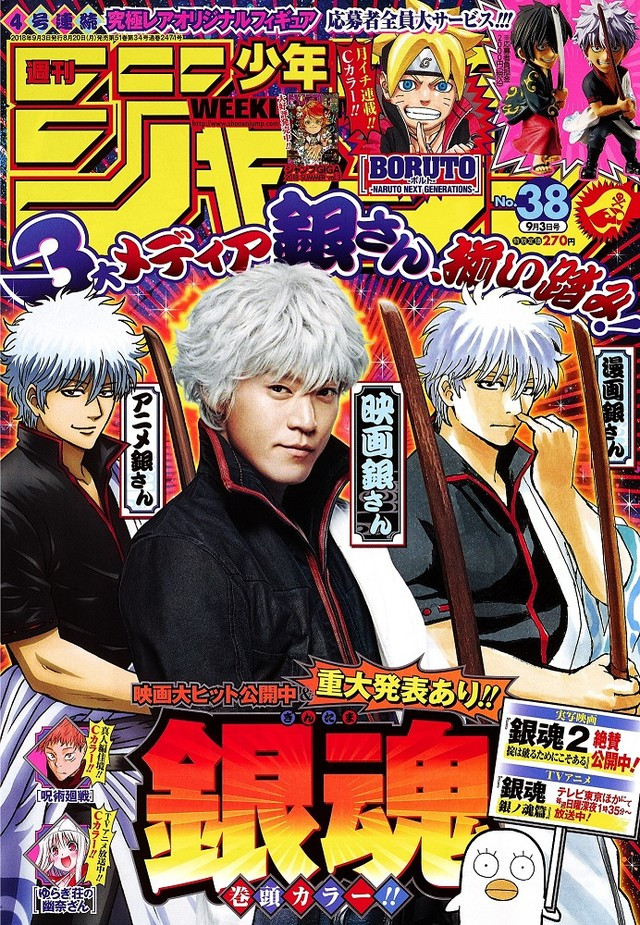 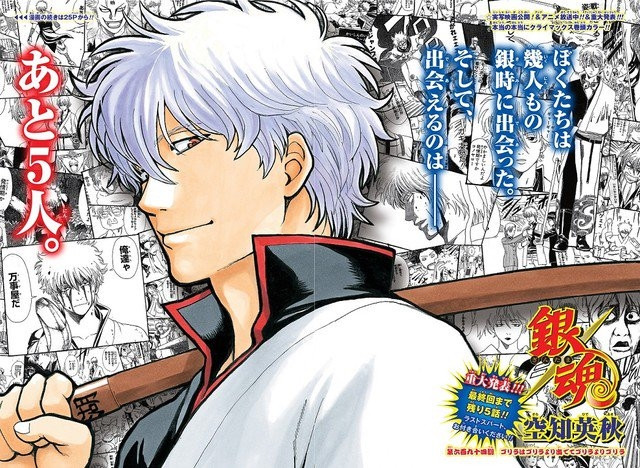 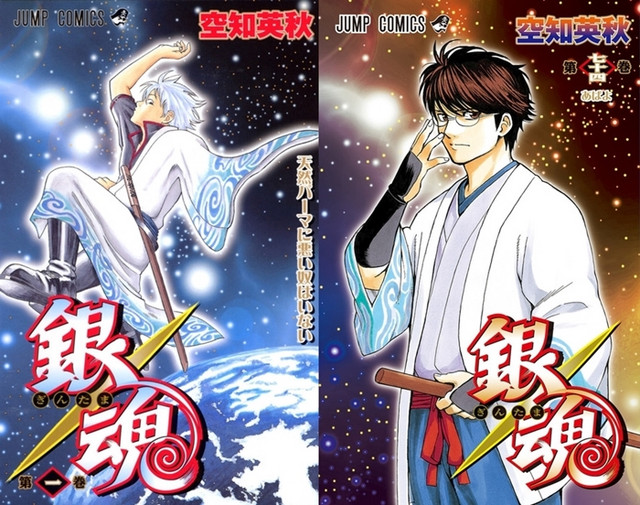