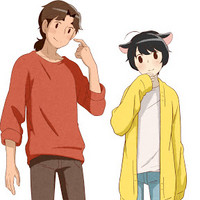 In Japan, a TV anime adaptation of 特雷西胡 (English name: Tracy)'s web manga 喂，看见耳朵啦 (Hey, your cat ears are showing!) is set to premiere on Tokyo MX and AT-X on October 3, 2018. The slice-of-life manga has been serialized on Chinese web manga site 漫漫漫画/ManManManga and has been viewed more than 600 million times. The anime's Japanese title is Hora, Mimi ga Mieteruyo! (Hey, your ears are showing!). In China, it will be streamed on Bilibili from tomorrow, August 25.

Story: Unpopular manga artist Daisuu, who was raised in a nursing home, has not communicated with other people around and has lived a lonely and boring life aimlessly. But one day, his life is completely changed by the appearance of a mysterious boy with cat ears, Myou. Myou always causes troubles, but Daisuu's heart is gradually filled with warmness that he was never been able to feel in his past lonely life. While telling the two's comical everyday life, Myou's secret identity becomes

In the TV anime's Japanese edition, Daisuu is voiced by Yuuma Uchida (Hayate Immelmann in Macross

Delta) and Myou is played by Ayumu Murase (Shoyo Hinata in Haikyu!!). The theme song "Mimimimi☆ 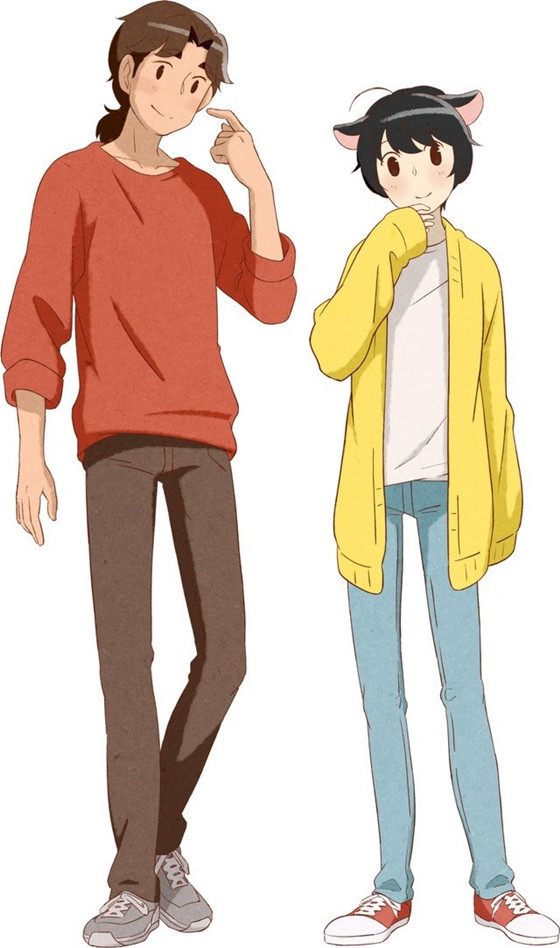 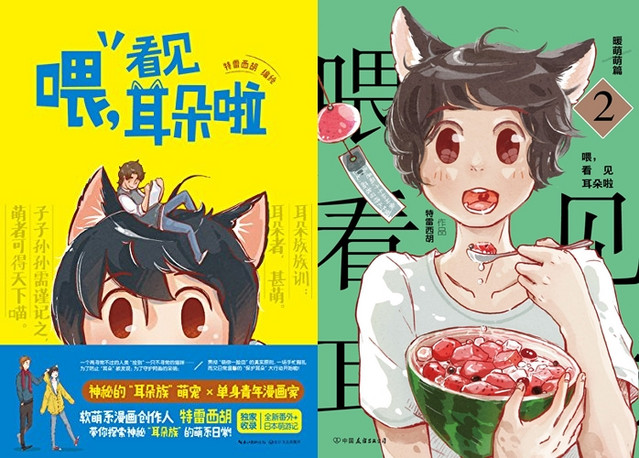