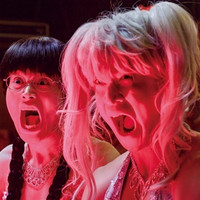 While the No.1 spot was taken by Takuya Kimura-starring mystery Killing for Prosecution, Gintama 2: Okite wa Yaburu tame ni koso Aru (The Rule is surely there to be broken), the second live-action film based on Hideaki Sorachi's sci-fi comedy manga series, continued its strong box office performance in second place, making 371 million yen on 269,000 admissions in its second weekend.

It dropped 30% from its opening weekend, but better than the first film's second weekend gross of 335 million yen. As reported, the sequel already sold one million tickets in just seven days, which was one day faster than the first, and is expected to surpass the first's total box office record in Japan.

Killing for Prosecution is based on Shusuke Shizukui's 2013 novel Kensatsugawa no Zainin (Criminal for the Prosecution). Although it was a dream collaboration between ex-SMAP member Kimura

and Arashi member Kazunari Ninomiya, its first weekend result was only 56.8% of that of Kimura's

previous film HERO released in July 2015. The 45-year-old male idol's star power in Japan has been

obviously fading, especially after the breakup of SMAP in the end of 2016.

But none of them was able to make it to the top 10.