The Disastrous Life of Saiki K. New Anime will be Its Final Chapter

Weekly Shonen Jump will reveal its details in October 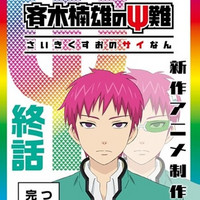 A teaser visual for the next anime based on Shuichi Asou's The Disastrous Life of Saiki K. comedy manga is revealed to Japanese media today. The visual featuring the protagonist Kusuo Saiki without the device on his head to control his psychic power and his green colored glasses that prevents his gaze from turning people into stone suggests that the next one will be the anime series' final chapter. Kusuo says, "It will be finally concluded..." 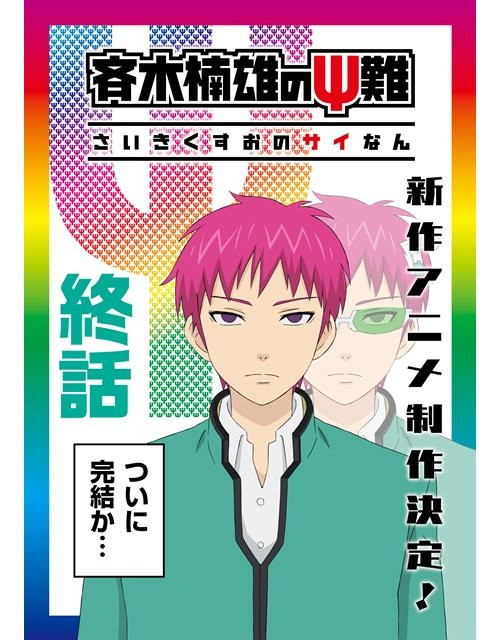 The GG FIRM×J.C.STAFF-animated TV anime first season was aired for 24 episodes from July to

December 2016, then the second season followed with another 24 episodes from January to June

2018. Production of the new anime was teased in the second season's last 24th episode aired on

Details of the final chapter will be revealed in Weekly Shonen Jump in October. Then more information

are scheduled to join.

The 6 Most POWERFUL Characters in Anime