Kodansha announced today on September 6 that Hiroki Yagami's basketball-themed manga DEAR BOYS' new arc "ACT4" will start serialization in its Monthly Shonen Magazine's next November 2018 issue to be released on October 6, 2018. It has been two years since its previous arc "OVER TIME" ended in January 2017.

The series started serialization in the magazine's July 1989 issue, then ran for five story arcs for 27 years:

"ACT4" is set one year after the Mizuho High School basketball team's win at the Inter High. Instead

of Mizuho, the new arc focuses on their rival school Shonan Daisagami High's ace Ayumi Fuse and its

first year students who will be the new protagonists of the story. 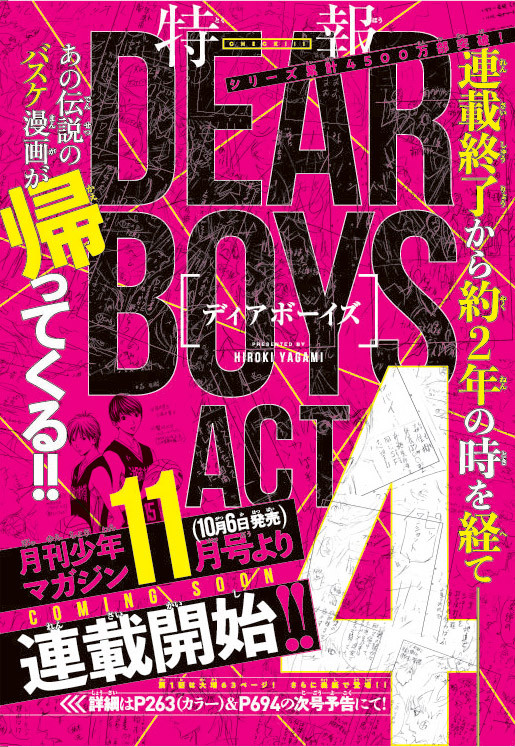 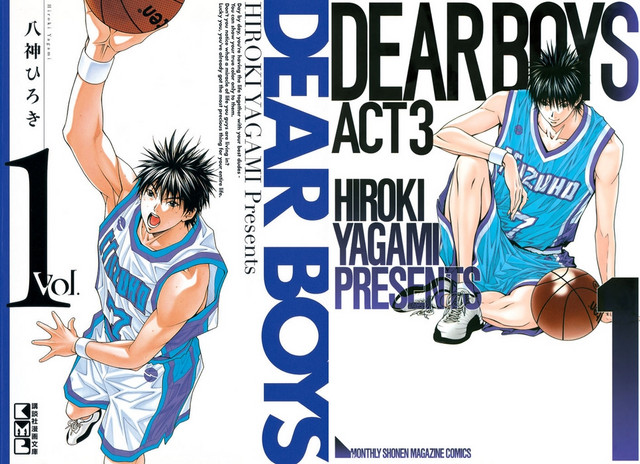