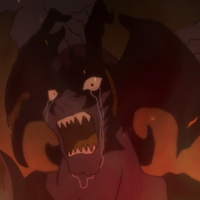 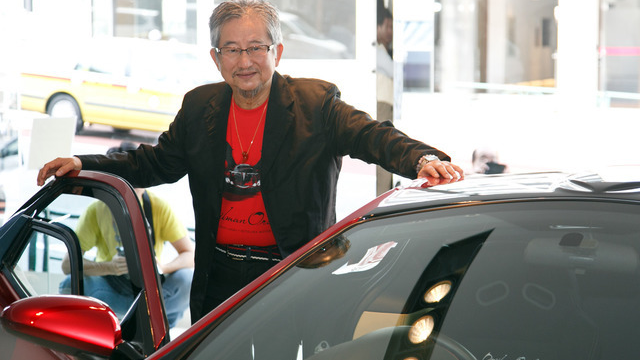 A bit back, Mitsuoka Motor announced that they would be making a limited-edition Devilman car. The finished vehicle is now ready to view, and making its way around Japan before going home to one lucky owner.

The one-of-a-kind red and black Mitsuoka Orochi is one of a very few of its make to be produced in recent years. The Orochi went out of production in 2014, with the only available ones of late being this one and their Evangelion collaboration. 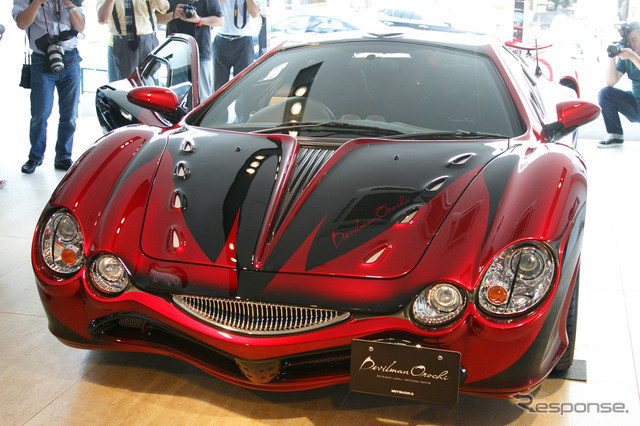 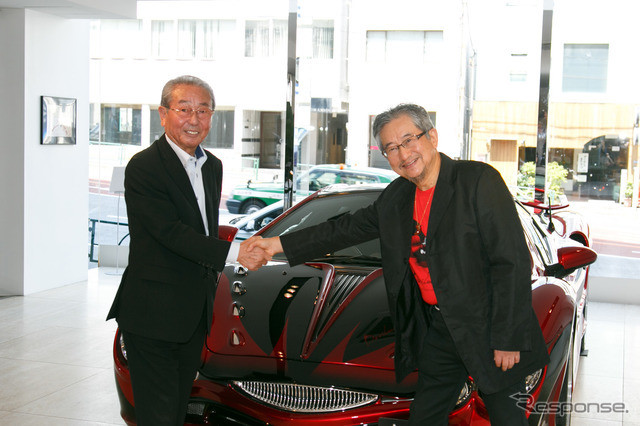 The car made its debut this week at the showroom of Tokyo's Mitsuoka Gallery Azabu. Company founder Susumu Mitsuoka was on hand, as well as Nagai himself, to speak to the press about the new car.

Mitsuoka said seeing the new Devilman Orochi made him feel nostalgic for the Orochi line. He also discussed the model's beginnings and naming, as well as thoughts on the 50th anniversary of Mitsuoka Motor. 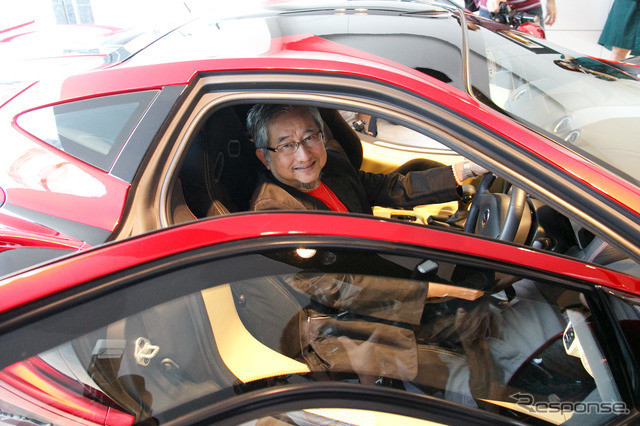 Nagai spoke next, stating how excited he was to see the unique car in person — especially considering today is his birthday. As to whether he himself would walk away with the pricey vehicle, he admitted he doesn't have a driver's license, so he hopes someone who likes both Devilman and the Orochi will buy it.

Reservations will open for the Orochi on September 8 on the Mitsuoka website. On the off chance that more than one person can afford to pay down the 19.8 million yen required to take it home, the buyer will be decided by lottery. 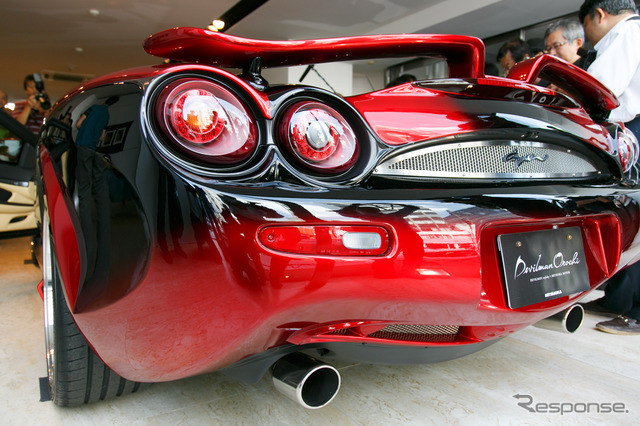 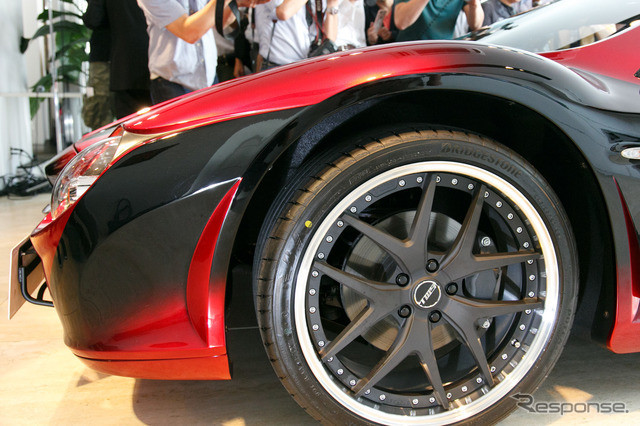 The Devilman Orochi will be on display at the company's Azabu showroom until September 10, and will then be shown at the Go Nagai Exhibition, which takes place September 15-17 at the Osaka Culturarium at Tempozan. The car will then move on to various Mitsuoka showrooms around Japan before going to its forever home.