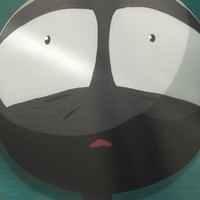 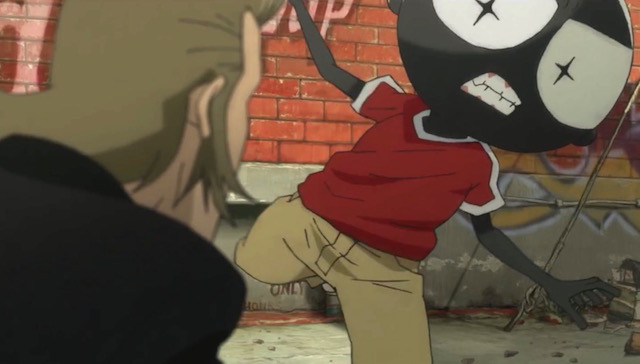 Based on the French comic series by Guillaume "Run" Renard, Mutafukaz is an anime film from Mind Game and Genius Party anime house Studio 4ºC. GKIDS will be bringing it to U.S. cinemas as MFKZ with special screenings on Thursday, October 11 at 7:00pm local time, followed by an encore on Tuesday, October 16 at 7:00pm. There will also be a limited release starting Friday, October 12.

GKIDS followed up the release news with a reveal of the English dub cast, which will star Michael Chiklis (The Shield), Giancarlo Esposito (Breaking Bad), Jorge Gutierrez (The Book of Life), Dascha Polanco (Orange is the New Black), Danny Trejo (Machete), RZA, and Vince Staples.

You can grab tickets via the official site or local box offices. While we wait for the October debut, here's the new teaser:

MFKZ centers on young Angelino and his skull-and-flame pal Vinz, who live in a seedy tenement in an L.A.-inspired dystopian metropolis - a burnt-out, gang-and-cockroach-ridden, neo-urban hell. Following a scooter accident Angelino starts experiencing migraines, strange hallucinations and fits of rage-inspired superpowers, as he slowly awakens to the truth of his origins: he is half human and half Macho, a supernatural alien race that is bent on taking over the planet.

Tags
mfkz, mutafukaz
« Previous Post
5 VRV Dubs That Are Too Perfect To Miss
Next Post »
Grab the Popcorn for Theodore's Persona Q2 Debut
Other Top News
2 Comments
Sort by: