Jiraiya is Coming to Naruto to Boruto: Shinobi Striker as DLC

New playable character revealed in the pages of Jump 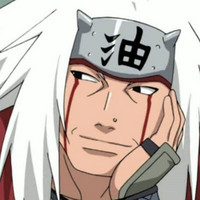 The latest issue of Jump had some more info on the recently-launched Naruto to Boruto: Shinobi Striker game. A Ninjutsu Special Training No. 1 DLC set is on the way for ¥398, and it grants access to a playable Jiraiya.

Some of Jiraiya's moves include Summoning: Food Cart Destroyer Technique, which sends enemies flying with a wide range of attack, and Ninja Art: Needle Jizo, which both attacks and counterattacks.

A Season Pass—which will include all nine upcoming Ninjutsu Special Training sets and a special Jiraiya costume for avatars—is on the way for ¥2,980 (about $27).