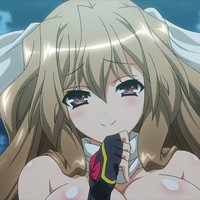 Following the first one last week, BANDAI NAMCO Arts' official YouTube channel has posted two more footage from the newly-produced bonus anime that will be included in the upcoming Blu-ray box set of the TV anime Horizon on the Middle of Nowhere to be released on December 21, 2018.

It is also confirmed that the bonus anime will animate highlight scenes from the novel's 26th volume and episodes from its next final 29th volume. The 10-year-old novel series' 28th volume, the second part of its "last chapter," was released in Japan last Friday, September 7, and its final 29th volume is expected to be released around at the same time as the Blu-ray box.