Manga adaptation to kick off this winter 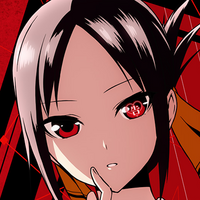 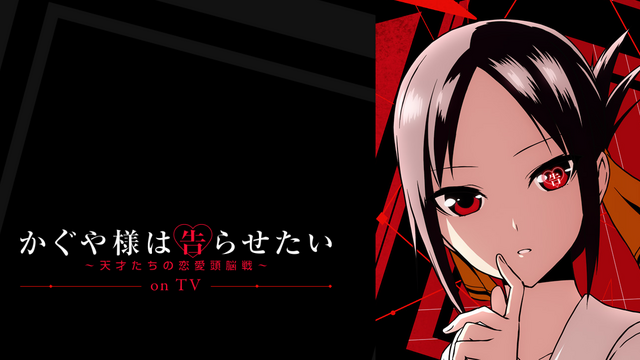 Aka Akasaka's manga Kaguya-sama: Love Is War is staking a claim on a January release date.

The series, which began in 2015 and currently runs in Weekly Young Jump, stars student council VP Kaguya. Despite her cold and logical exterior, she takes personal offense when classmate Miyuki outdoes her in grades. As the series goes on, the two make a game of trying to get the other to confess their love. 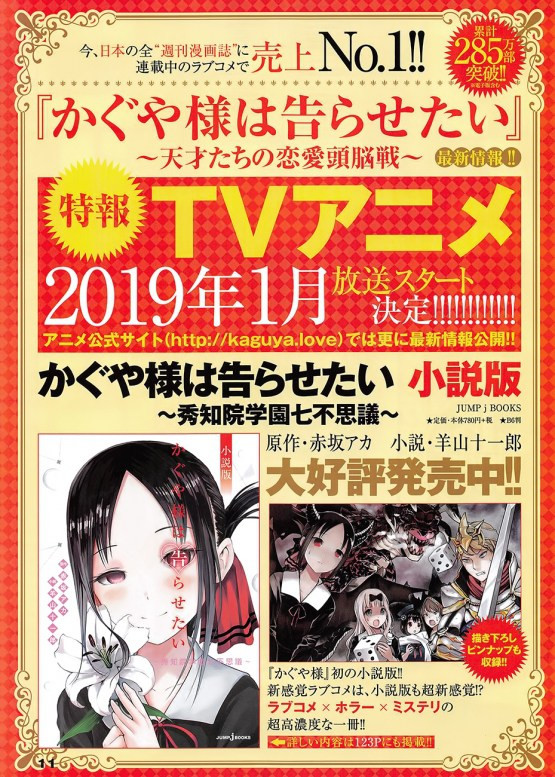 The anime adaptation has been comfirmed for a January 2019 start. We're still waiting for news on production company, channel, and staff.