Atlus announces what comes with pre-orders and Day One editions 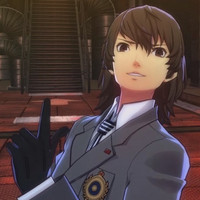 Those who pre-order or pick up Day One editions of Persona 3: Dancing in Moonlight and Persona 5: Dancing in Starlight will get treated to a bonus. Each one has its own fan-favorite bonus character, with Shinjiro Aragaki lighting up P3 and Goro Akechi holding it down for P5.

They each come with their own theme, too. Aragaki comes with Persona 3's final boss theme, "Battle Hymn of the Soul," while Akechi packs in Persona 5's awakening theme, "Will Power."

You'll also be able to snag both in Day One editions of the PS4-only Persona Dancing: Endless Night Collection.

Check out images and a new pre-order bonus trailer: 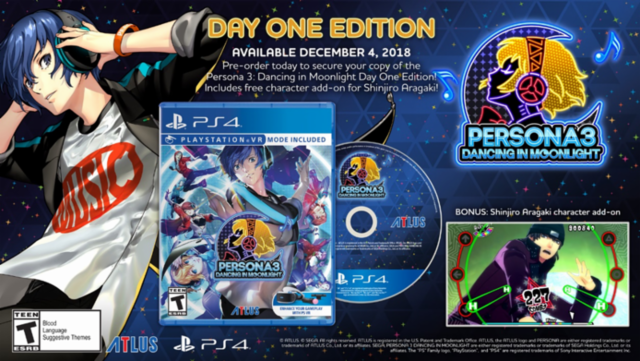 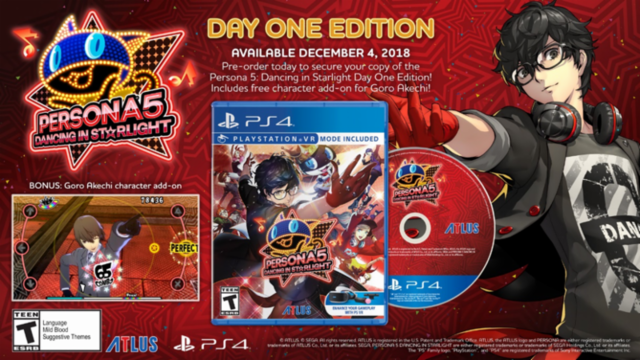 Persona 3: Dancing in Moonlight and Persona 5: Dancing in Starlight hit PS4 and PS Vita on December 4.

Get to Dancin' with the Persona Rhythm Game Launch Trailers