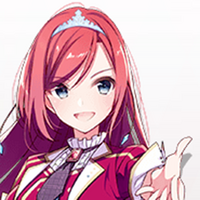 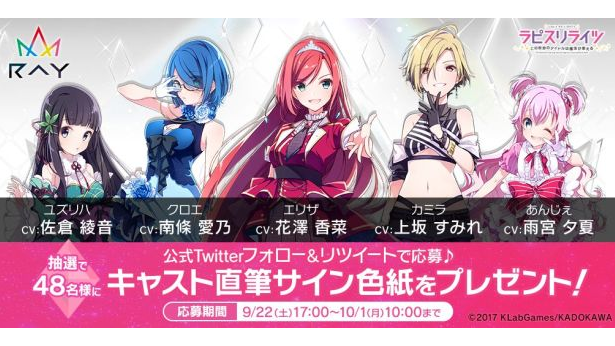 The world of magical idols has made room for one more unit! Ray is coming to Lapis Re:LiGHTs, and they've got an impressive voice cast behind them.

The new five-girl unit of magical idols is said to be a legendary group that broke up three years ago, and has racked up an impressive list of individual accomplishments in the interim. They are: 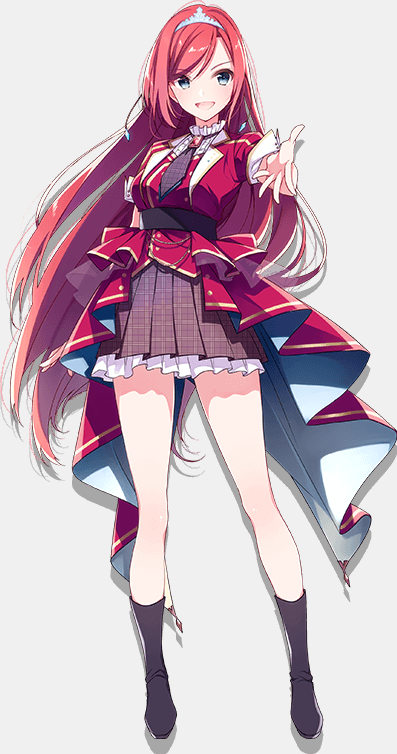 The first princess of Walland, and older sister of LiGHTs leader Tiara. Eliza is bright, mature, and well-liked, and enjoys learning about how the common people live by disguising herself and walking amongst them. Once close with Tiara, she has placed herself in a position undermining her sister since moving on from her previous role.

Eliza's best friend and former roommate, now a teacher. She seems to have a cool and standoffish personality, but is very caring toward her students. Her magic skills are somewhat lower than her friends', and she works constantly to catch up to them.

A bright and cheerful performer adept in singing, dancing and magic. Her specialty is in healing magic, and she's considered to be a "little angel" among her friends. Three years after the breakup of Ray, she would go on to change her name to Angelica and become half of the duo known as Sadistic Candy.

A star with a princely, boyish look, who has many female fans. As her name might suggest, she is a high-ranking vampire; however, she prefers green tea to blood. She refers to humans as "emergency rations."

An Eastern princess fascinated with Western culture. Yuzuriha is an expert in both Eastern dance and cabaret performance, and served as the choreographer for Ray. Other hobbies include having crushes on girls, especially Camilla.

To introduce the new unit, a retweet campaign is underway, with autograph cards from all 24 cast members up for grabs.

Tags
lapis re:lights
« Previous Post
Zombieland Saga Gets 96% Approval Rating and We Still Don't Know What It Is
Next Post »
Watch Six Main VAs Singing and Dancing in RELEASE THE SPYCE OP Song MV
Other Top News
2 Comments
Sort by: