Writer and artist behind A Certain Magical Index also on board 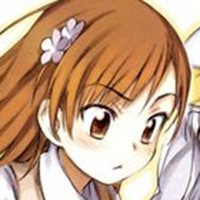 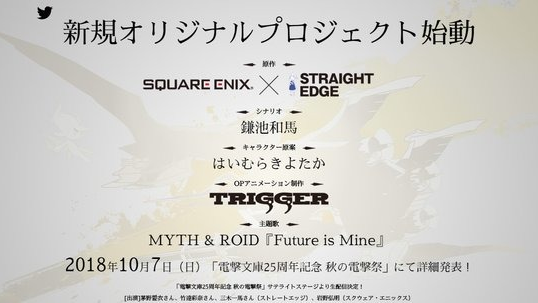 'Tis the season for mysterious announcements: the latest with something to hide are Square Enix and STRAIGHT EDGE, along with a few other big names.

The two producers have announced that they will be collaborating on an all-new original project. The writer and artist of A Certain Magical Index, Kazuma Kamachi and Kiyotaka Haimura, will be joining forces again for the project — creating the scenario and character designs, respectively.

Re:Zero and Tanya the Evil theme singers MYTH & ROID will be performing the new song "Future is Mine" for the project, with the OP animation provided by Studio Trigger.

So what can we glean from the project so far? The teaser URL includes the phrase "11 Calamities," which may have something to do with the title (if it isn't the title itself). Otherwise, there's nothing lurking in the source code. The teaser image shows what appears to be an elaborate spaceship and some sort of unicorn-esque creature floating next to it.

Whatever it is, we'll find out more on October 7, when the project is officially announced in full.