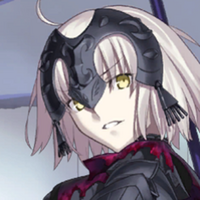 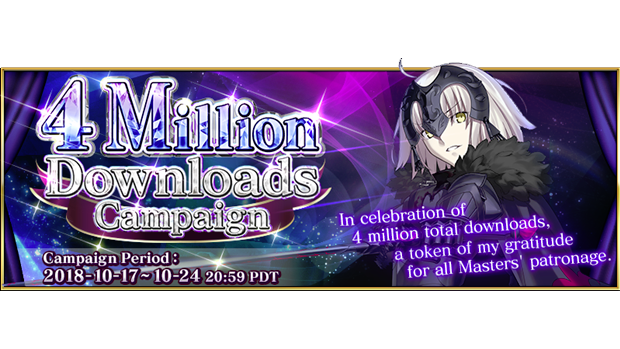 If you missed your chance at summoning Jeanne Alter, don't worry: she's back for a limited time to celebrate a major game landmark!

Fate/Grand Order USA is celebrating 4 million downloads since its initial release in June of 2017. The gaming phenomenon, based on Kinoko Nasu's Fate universe, has become a major hit in territories around the world.

The game's upcoming 4 Million Downloads Campaign will reward players for the landmark in a five-part event. Log in daily to get bonuses, challenge seven new Rank-Up Quests to power up your Servants, and get increased success rates on Servant and Craft Essence power-ups.

In addition, you'll have another chance to summon the fan-favorite SSR Avenger, Jeanne Alter. Previously, she was available for just a little over a week to summon. The dark take on Jeanne d'Arc is an explosive addition to any party, provided you can summon her while she's available! 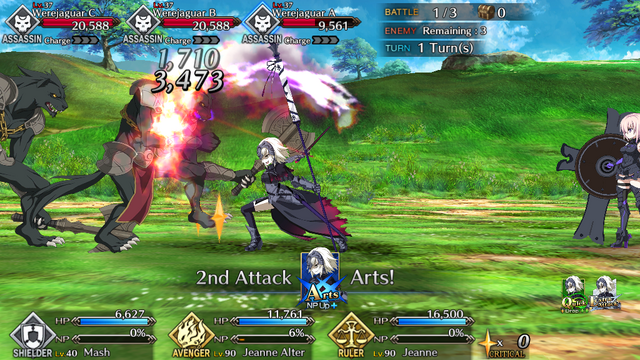 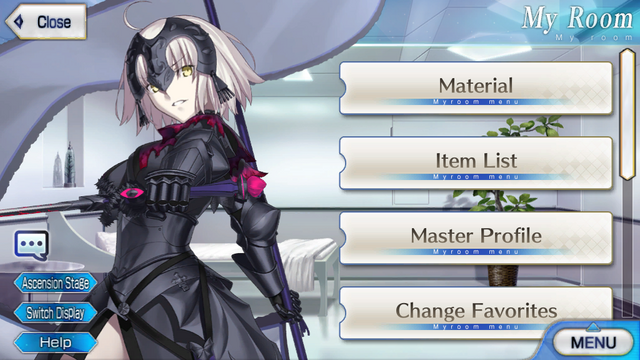 The 4 Million Downloads Campaign starts October 17, after the close of the 2017 Halloween event rerun.