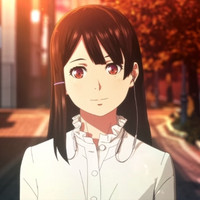 The official website for CRAFTAR's forthcoming original feature film Ashita Sekai ga Owaru to shitemo (Even if the world ends tomorrow) has started streaming a 60-second teaser trailer introducing its main heroine Kotori's first look in CG animation. The film is created with the "Smart CG Animation" technology, which was also used for the studio's latest TV series INGRESS The ANIMATION.

Yuhei Sakuragi, who previously worked with Hayao Miyazaki for his most recent short film Kemushi no Boro/Boro the Caterpillar (2018) as CG animator and made his TV series directorial debut with INGRESS The ANIMATION, is attached to write and direct.

The film's insert song "Ra, no Hanashi" (A story about Ra) featured in the teasers is performed

Parallel Worlds Collide in "Even if the World Ends Tomorrow" Trailer