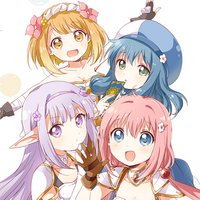 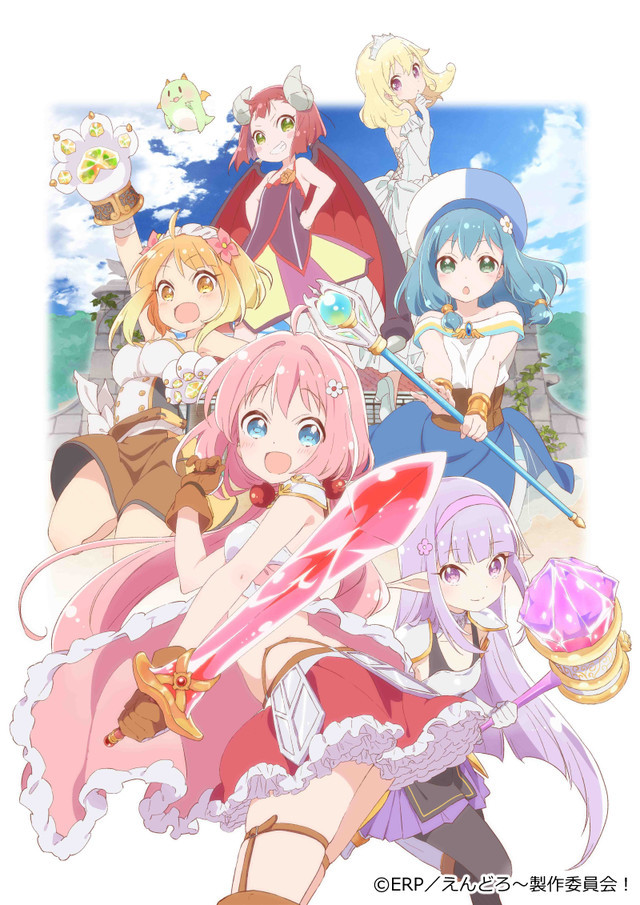 A new key visual and the story introduction have been revealed for Endro~!, an upcoming original slice-of-life / fantasy TV anime about a group of young would-be heroes going to school to learn how to defeat the Demon King.

Endro~! is set on Nararu Island, a continent of sword-and-sorcery where people and monsters live together peacefully. In the distant past, a terrible Demon King arose on Nararu, and a brave Hero also arose to defeat the Demon King. Although the Demon King continues to resurrect time and time again, each time a new group of adventurers rises up to oppose them.

Endro~! follows the everyday adventures of one such group of heroes as they attend Adventurer School to learn how to defeat the Demon King some day: Yuusha, a strong but bubbleheaded Hero; Seira, an overly-serious and anxious elf Saint; Fai, a cheerful Warrior who loves to eat; and Mei, a quiet and nerdy Mage. Together, these four form a party and embark on a laidback fantasy life while waiting for the Demon King to appear. 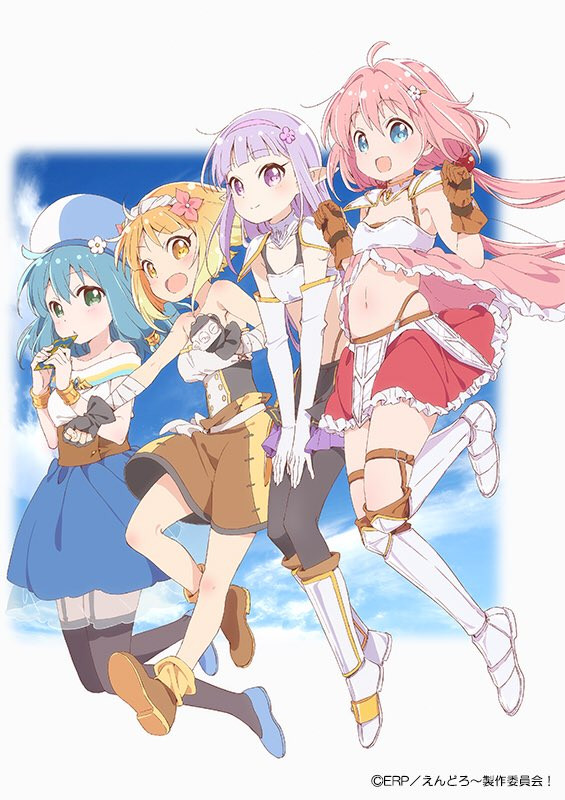