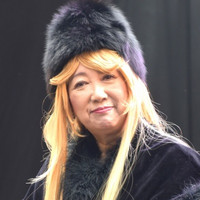 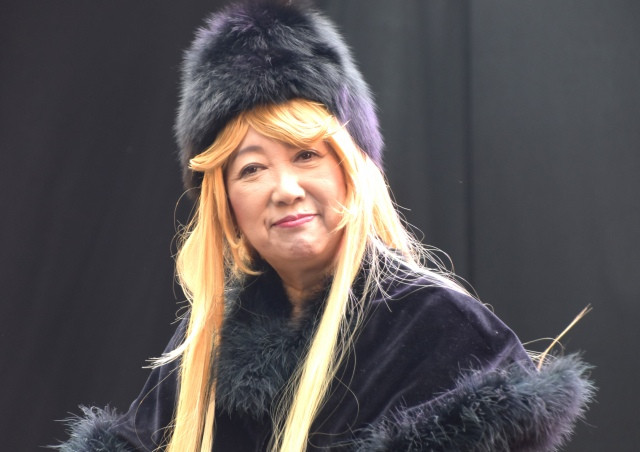 After a two year hiatus from appearing in costume in public, Tokyo governor Yuriko Koike once again showed off her cosplay skills when she appeared dressed as Maetal from Leiji Matsumoto's classic science fiction manga / TV anime, Galaxy Express 999, on the closing day of the "Ikebukuro Halloween Cosplay Fest 2018" event, which was held in East Ikebukuro Central Park on October 28, 2018. 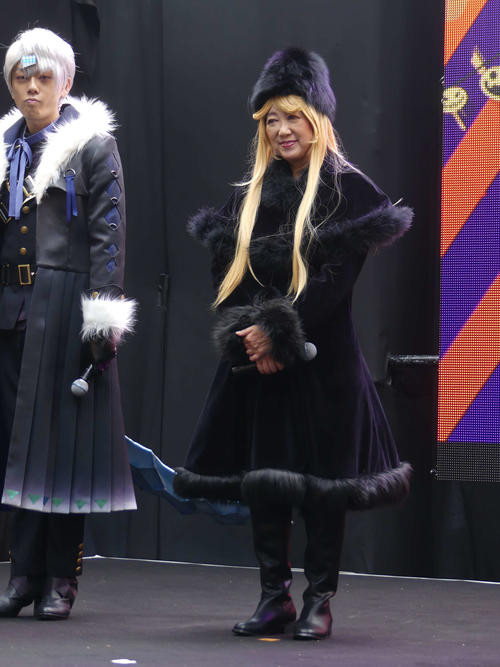 According to onlookers, Koike's cosplay was so convincing that nobody recognized her until she was introduced as "Governor Yuriko Koike" by the MC as part of the opening ceremonies, which elicited reactions of shock and approval from the crowd. Koike delivered a speech in which she praised the merits of cosplay and Japanese pop culture and hyped major upcoming events for the city of Tokyo, such as the 2019 Rugby World Cup and the 2020 Tokyo Olympic and Paralympic Games. 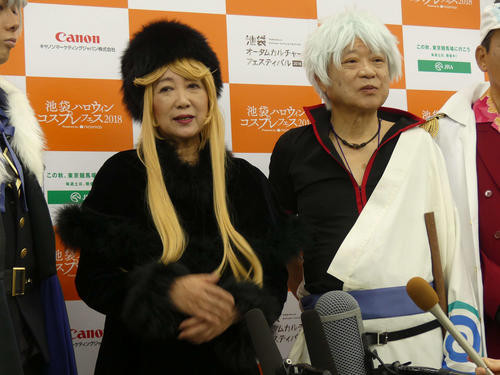 (Above: Tokyo Governor Yuriko Koike, dressed as Maetel from Galaxy Express 999, next to Toshima Mayor Yukio Takano, dressed as Gintoki Sakata from Gintama.)

Governor Koike is no stranger to appearing at public events in cosplay. She previously visited the "Ikebukuro Halloween Cosplay Fest" in 2015 dressed as Sally from the 1966 TV anime Sally the Witch and in 2016 dressed as Princess Sapphire from Osamu Tezuka's manga / TV anime Princess Knight.