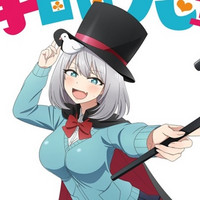 It is confirmed today that a TV anime adaptation of Azu's short gag manga Tejina Senpai (Magic trick senior) is now in the works for a 2019 premiere. The anime's official website and Twitter also open with a teaser visual featuring its main heroine Tejina Senpai, whose real name is unknown in the story.

The manga was first published in the 9th and 10th issues of Kodansha's Weekly Young Magazine in 2015, then started its weekly serialization in the magazine's 13th issue of the following year. Due to the author's health condition, however, it has been posted biweekly since the 43rd issue of 2017. The manga's latest fifth tankobon volume is set to be released in Japan tomorrow, November 6.

The story begins when an unnamed first grade male student, who is later called "Jyosu" (assistant), finds the magic club when he is searching for a club that is suitable for him at high school. He meets

third grade student Tejina Senpai, who is the president and only member of the club. At the club that is

on the verge of termination, he is forced to serve as her assistant. She is cute, but has terrible stage

fright and always fails in her tricks. 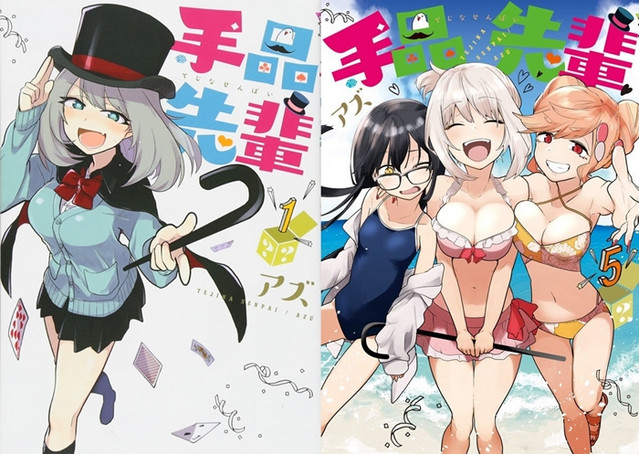