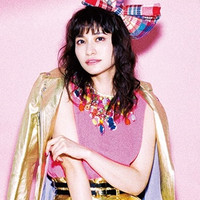 In celebration of her debut 10th anniversary, 29-year-old voice actress/singer Megumi Nakajima will release her first cover album "Lovely Time Travel" dedicated to Japanese idols/singers in the Showa era on January 28, 2019. She has a deep knowledge of Japanese popular songs in the 1970s-1990s, and has been known as a great record collector of the era.

2008, and has released 12 singles and four albums as a solo singer herself.