The manga's latest 15th tankobon volume will be available this Friday 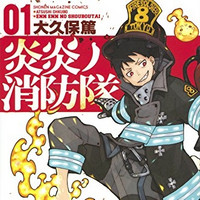 Teaser visual with a tagline: "Year 198 of the Solar Era-. The country of fire, Tokyo. There is a hero." 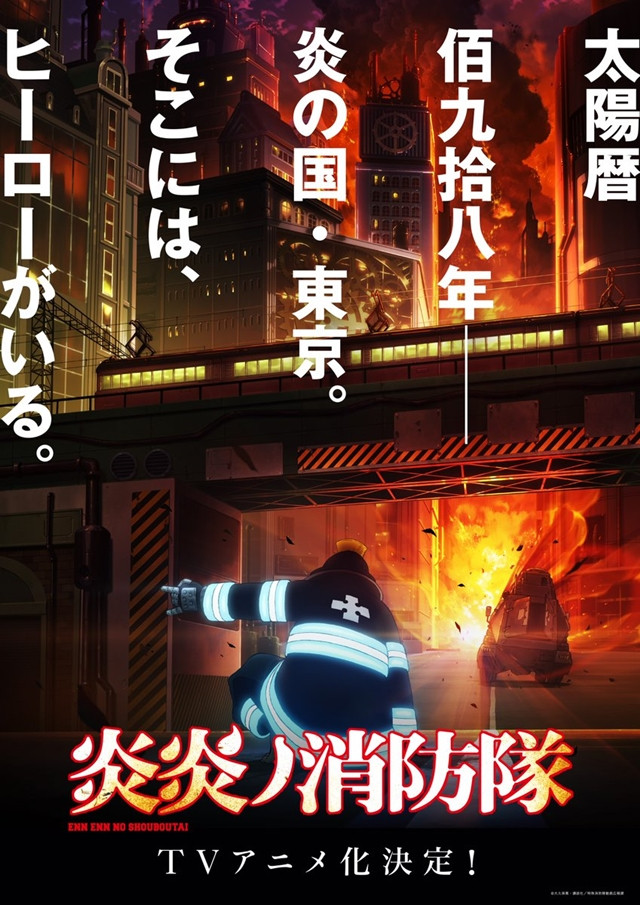 latest 15th tankobon volume will be available in Japan this Friday, November 16. Under the title Fire

Force, its English edition has been published from Kodansha USA since November 2016. The publisher

introduces its story as below:

The city of Tokyo is plagued by a deadly phenomenon: spontaneous human combustion! Luckily, a special

team is there to quench the inferno: The Fire Force! The fire soldiers at Special Fire Cathedral 8 are about

to get a unique addition. Enter Shinra, a boy who possesses the power to run at the speed of a rocket,

leaving behind the famous “devil’s footprints” (and destroying his shoes in the process). Can Shinra and

his colleagues discover the source of this strange epidemic before the city burns to ashes? 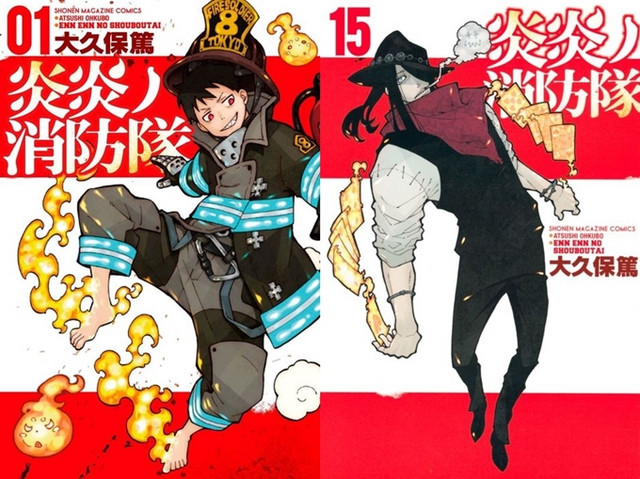