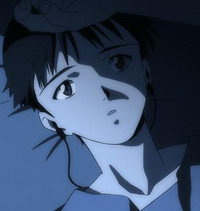 Via its NXOnline Twitter account, Netflix has confirmed the first details of its acquisition of Neon Genesis Evangelion, the series that has managed to stick around generations of fandom despite being officially out of print since 2010. According to the account, the acquisition spans the 26 episodes of the TV series plus the End of Evangelion and Death/Rebirth films.

All’s right with the world: Neon Genesis Evangelion is coming to @Netflix. pic.twitter.com/2pQ1lG1h9e

Of note is also the confirmation that Netflix has acquired worldwide streaming rights for the series and films, marking the first time ever that the Evangelion TV series and companion films will be available on a streaming platform outside of Japan. The series went out of print outside of Japan with the release of the first Eva Rebuild film in 2010 and was not officially made available again until Japan exclusive boxsets were released in 2015. The series and films are planned to launch on Netflix in Spring of 2019.