Shin Tetsujin 28 and other titles are on the way 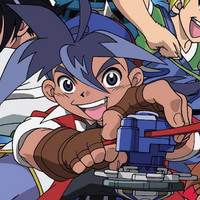 Discotek Media announced plans for January and February, including the release of some rescues, new licenses, and the debut of classics on Blu-ray. Titles on the way over the first couple months of the new year include Lupin the Third Series 2 Box 3, the original Beyblade anime, Tetsujin 28: Morning Moon of Midday, Galaxy Express 999 the Movie, Adieu Galaxy Express 999 the Movie, and the complete Shin Tetsujin 28 series.

Here's a breakdown of everything that's on the way so far in the next few months.

Lupin the Third Series 2 Box 3 includes episodes 80-117 in Japanese with subs on DVD. 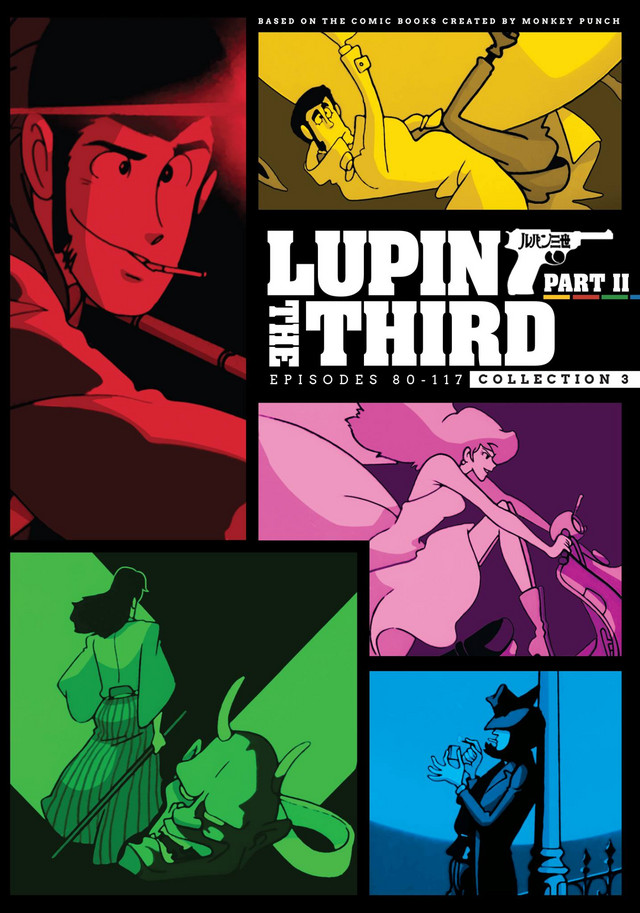 Expert burglar Lupin the Third continues his global adventures in love, life, and the pursuit of treasure! Traveling the planet with his gun-slinging partner Jigen and his sword-wielding companion Goemon, Lupin robs the rich to keep for himself while charming the ladies along the way. But it’s not all champagne; Inspector Zenigata, that ever-diligent agent of Interpol, is always on Lupin’s tail. And Lupin can’t seem to help putting his faith and heart in the hands of the bewitching thief/spy Fujiko Mine. In this collection of 38 classic episodes, Lupin escapes prison with ramen noodles, chases his grandfather’s treasure, migrates penguins, targets a golden bed for Fujiko’s love nest, and many more! Also, Zenigata defends the Mona Lisa from his rival’s clutches. And Jigen’s weapon skills are pushed to their limits in a spectacular shootout in the wilderness! Don’t miss a minute of these action-packed, English-subtitled episodes presented in their original language of Japanese. 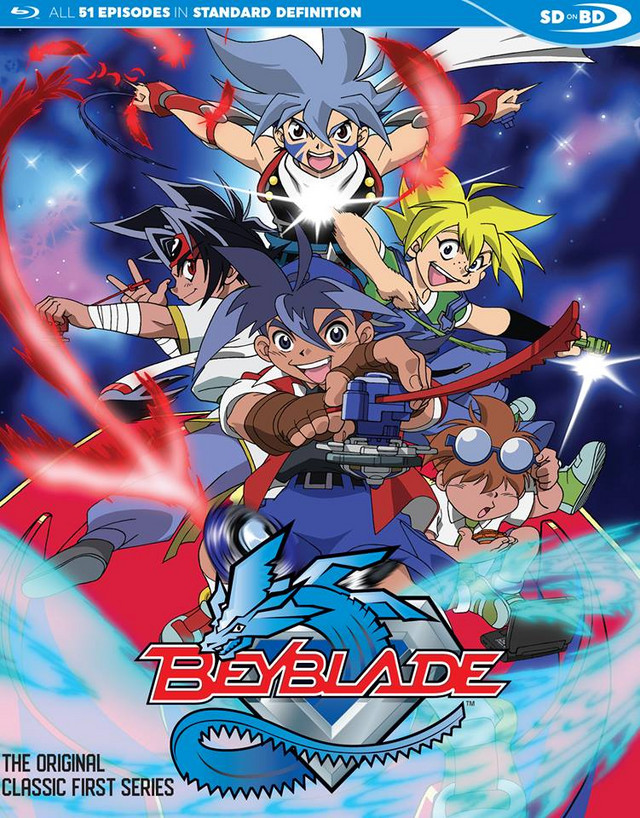 Beyblader Tyson Granger is undefeated in his neighborhood. But that changes one day when the Blade Sharks show up in town. Their leader, Kai, seeks the ultimate Bit-Beast, the supposedly fake mythical creature that adorns the center of every Beyblade. Tyson and Kai's rivalry heats up, taking them through multiple Beyblade tournaments around the world. Along the way, Tyson learns the Bit-Beasts are anything but fake, and that there are people seeking to use them for evil purposes. But he'll also learn that the true key to unlocking their strength lies within himself most of all! Let it rip with this English dubbed SDBD, containing the first classic series of Beyblade in standard definition!

Tetsujin 28: Morning Moon of Midday is coming out in a DVD/Blu-ray combo pack in Japanese with English subs. 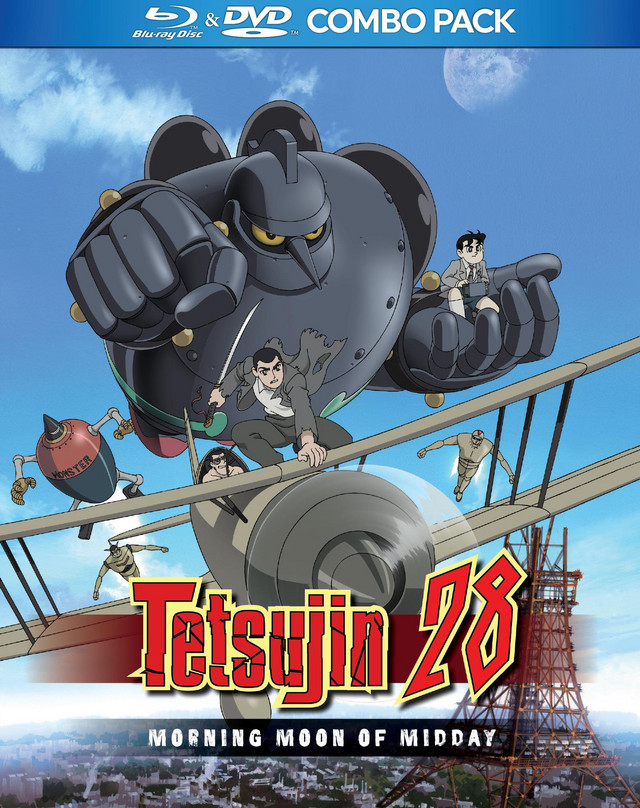 Japan, ten years after World War II. Boy detective Shoutarou solves mysteries and fights crime with the help of Tetsujin 28, the 50-foot tall giant robot left for him by his late genius father. But one day he’s shocked to learn that his father also adopted and raised another boy named Shoutarou, now a repatriated soldier. Just as surprising to our young hero is the fact that his “big brother” can also control Tetsujin, even better than he can. But with the emergence of this elder brother comes danger, as a mysterious assassin, Morning Moon, closes in on the boy for being unworthy of controlling the robot. Meanwhile, the capital faces destruction when multiple bombs are discovered, planted by the two Shoutarous’ father himself! In the original Japanese language with English subtitles.

The complete '80s Shin Tetsujin 28 anime arrives in HD on Blu-ray, with all 51 episodes on four discs in Japanese with English subtitles. 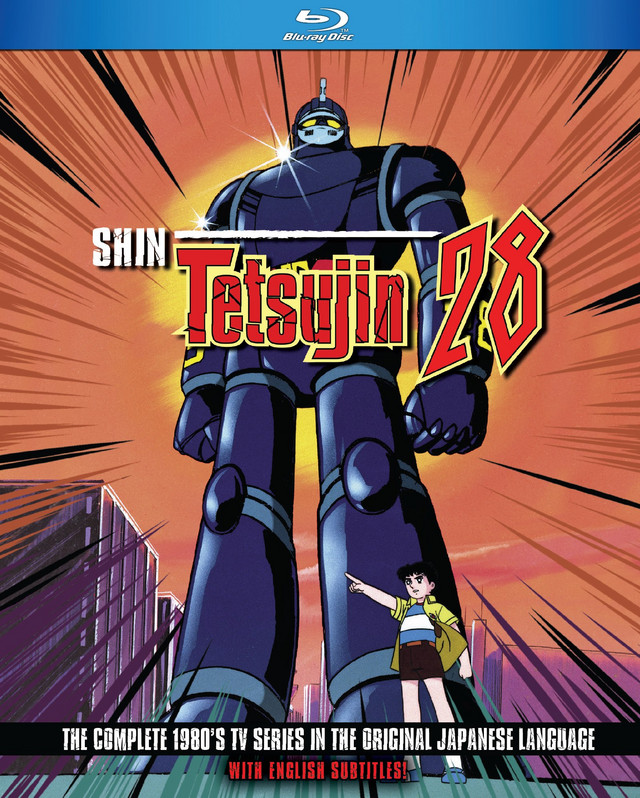 Shortly after pre-teen Shoutarou Kaneda discovers his late father's legacy, a 60-foot-tall, 50-ton remote-controlled robot, he's put in charge of it. Shoutarou accepts the V-controller and duty that his father intended for the giant robot, Tetsujin: to fight evil and keep the peace. As the youngest member of Interpol, Shoutarou’s adventures take him around the world, under the sea, through time, and the deepest reaches of space. His mentors are Dr. Shikishima, his father’s brilliant colleague and Inspector Ohtsuka, the sometimes buffoonish chief Interpol liaison, but in some ways, Shoutarou is closest to his giant avatar, Tetsujin. Together, they battle various menaces, from mad scientists to pirates to ninjas to international criminals, all with their own unique giant robots, but the deadliest villain that Shoutarou and Tetsujin build up to is the Space Demon King, an alien so powerful that he threatens to swallow up the Solar System. This Blu Ray release contains all 51 episodes of the 1980's Shin Tetsujin 28 series in high definition on 4 Blu Ray discs! In the original Japanese language with English subtitles.

Galaxy Express 999 the Movie makes its HD debut on Blu-ray, with both Japanese and English language options. 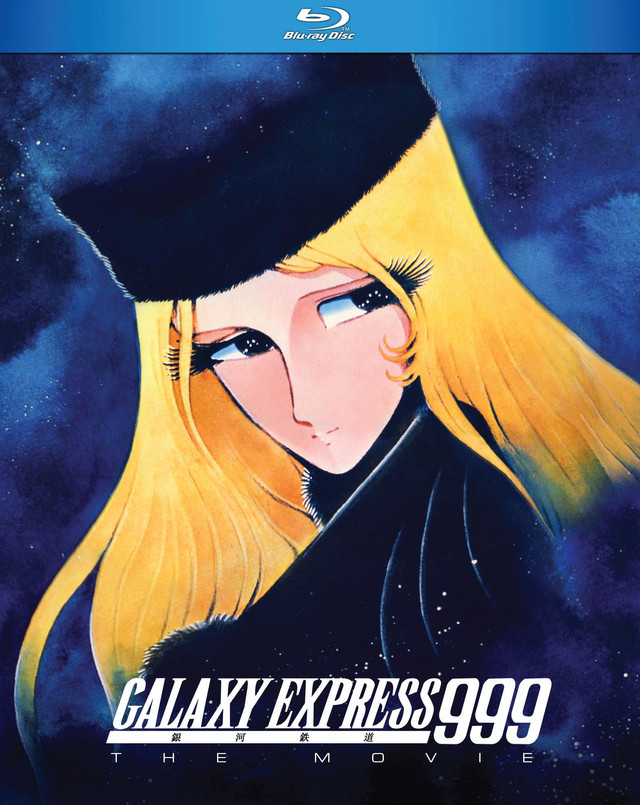 Galaxy Express 999 is the name of a train which travels through space,beginning at Megalopolis Station on one end of the galaxy and ending at Andromeda on the other. But the Galaxy Express is more than just a train, it's also a metaphor for life itself, with passengers constantly boarding, debarking, and dreaming along the way. Tetsuro Hoshino is a youth who'll give anything to board the Three-Nine, including a promise to accompany a mysterious woman named Maetel all the way to Andromeda, the planet where, she tells him, he can get a free machine body to avenge the cruel death of his mother. Released for the first time on Blu Ray in North America, this includes the original Japanese language with English subtitles, and the English dub! 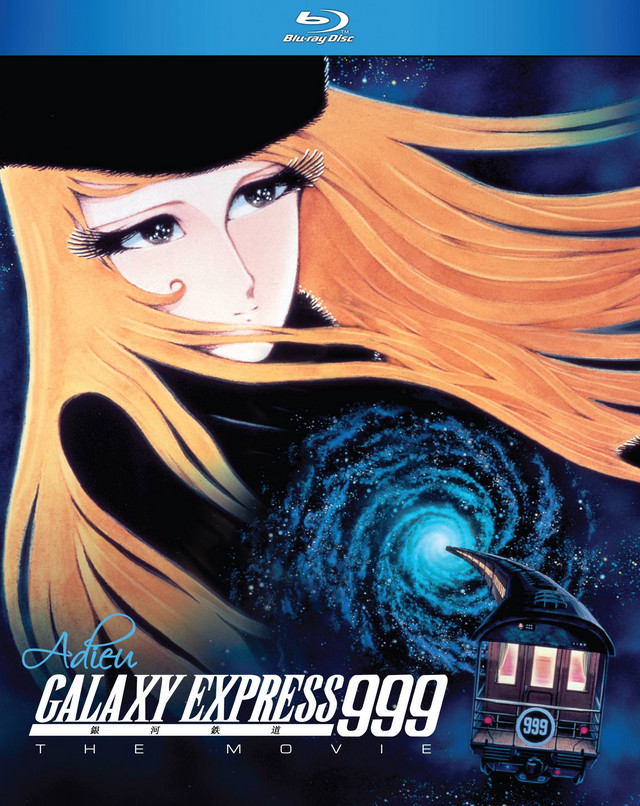 Tetsuro Hoshino was once a boy willing to give anything to board the Three-Nine, including a promise to accompany a mysterious woman named Maetel to the other side of the Galaxy, if only to fulfill a vow to avenge the cruel death of his mother at the hands of the villainess Count Mecha. Now, two years after the events of Galaxy Express 999, Earth has become a battlefield, and Tetsuro is summoned to board the Three-Nine once more. Released for the first time on Blu Ray in North America, this includes the original Japanese language with English subtitles and the English dub!

Tags
beyblade, lupin the third, galaxy express 999, tetsujin 28
« Previous Post
The Mental Gymnastics of Mob Psycho 100 Anime Continue on Toonami!
Next Post »
Catch up to Iroduku: The World in Colors with New PV
Other Top News
9 Comments
Sort by:

Meet the Cast of the New Galaxy Express 999 Musical