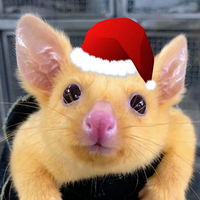 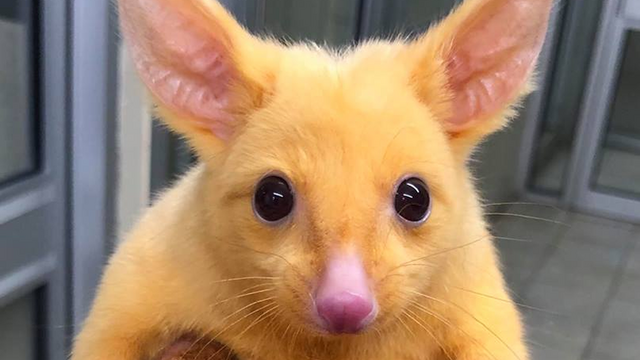 She's not electrically charged, and she (probably) doesn't sound like Ryan Reynolds, but this little possum is gaining attention worldwide for her resemblance to a certain popular Pokémon.

The baby brushtail possum was brought to Boronia Veterinary Clinic and Animal Hospital in Australia last month. Most common brushtails are gray and brown, but this one was born with a genetic mutation, lowering her melanin levels and giving her that rare golden color. 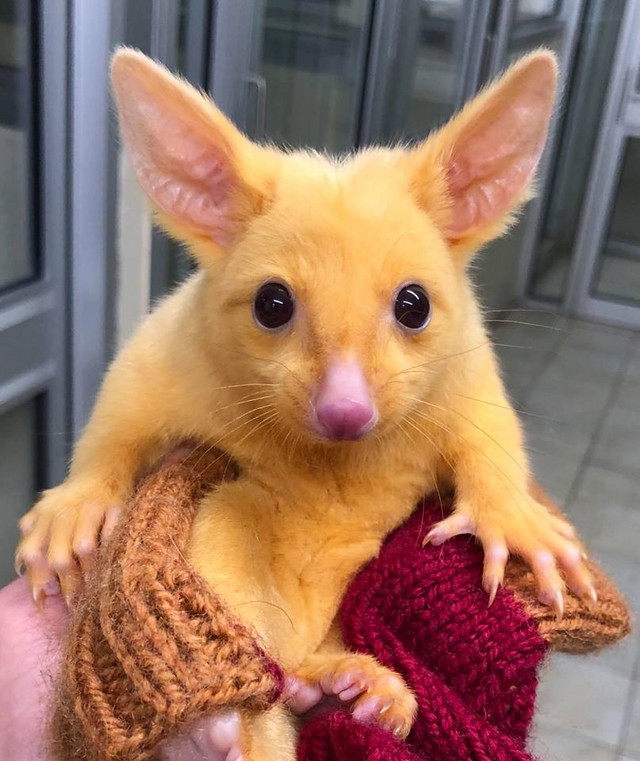 Readers took no time to note her resemblance to Pikachu, which has gained her notice all around the world on social media. Sadly, that bright color means predators are just as likely to notice her. So rather than being released into the wild when her care is done, she will live out her days well looked after (and likely very popular on Instagram) in a wildlife sanctuary.

She's also the poster girl for the clinic's holiday pet photo contest, which will net two winners a voucher for $100 toward pet care at their facility, as well as seasonal treats for their animal buddies to take home and enjoy.