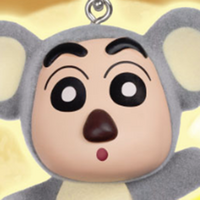 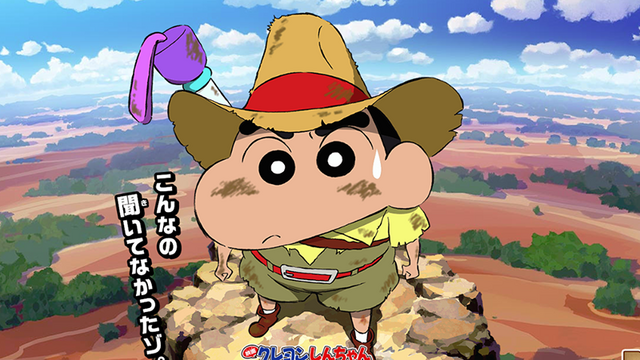 Shinnosuke and his family are teasing more of their trip Down Under—and for once in this series, that's not a euphemism.

The 2019 Crayon Shin-chan movie has revealed a teaser poster, featuring young Shinnosuke ready to Crocodile Dundee his way across Australia. The film will focus on his parents attempting to have the honeymoon they never had, but instead having to rescue family patriarch Hiroshi when he's kidnapped by a band of treasure hunters. 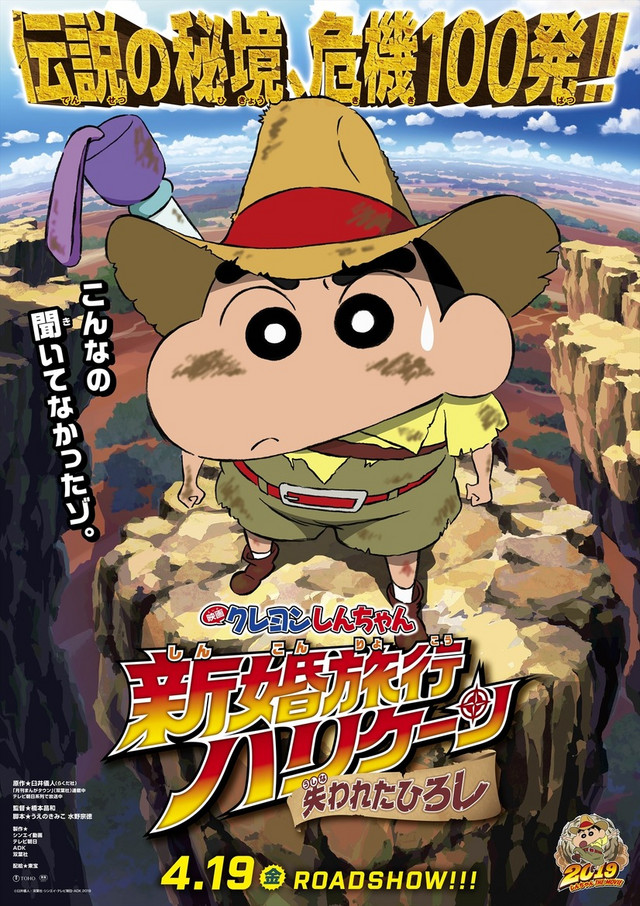 The release of the key visual accompanies the opening of advance ticket sales for the film. Pre-purchases will come with a special flocked Koala Shinnosuke keychain, which can also cling to the end of a pencil: 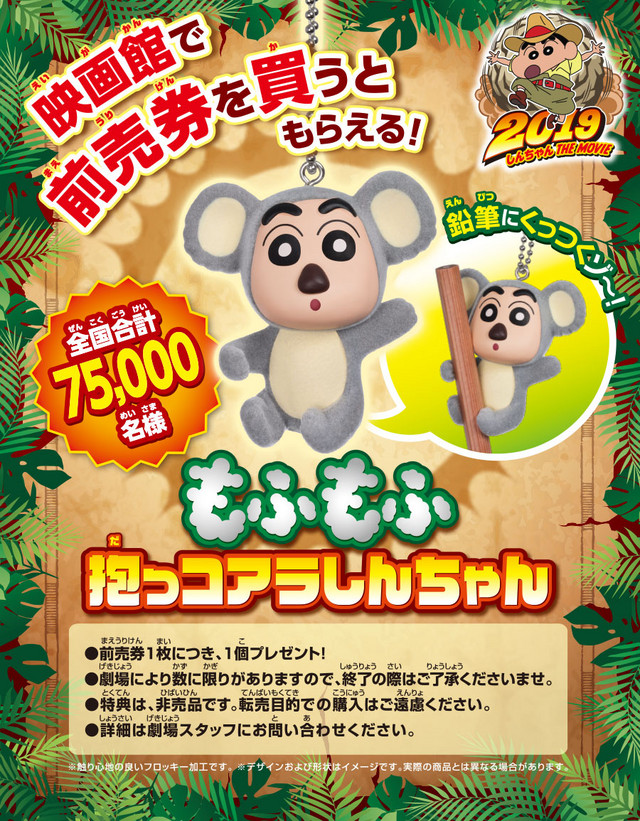 The gift will be limited to 75,000 fans nationwide.

The new Crayon Shin-chan movie opens in Japan on April 19.