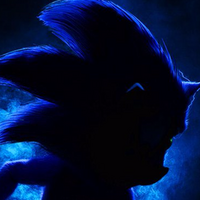 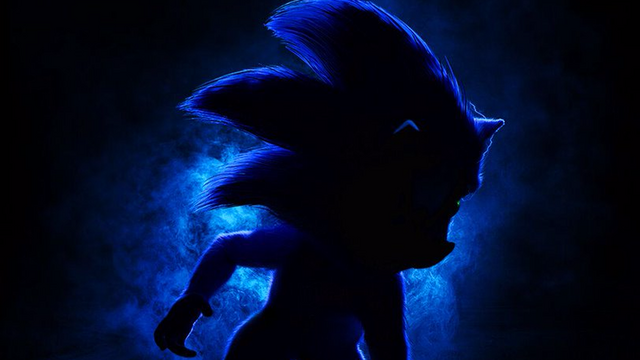 The fastest feet in video games are on their way to the big screen, and SEGA has a dynamic poster to show us at least a little of what to expect.

Sonic the Hedgehog is on course for release next year, starring Ben Schwartz (Jean-Ralphio Saperstein of Parks & Rec) as the voice of the spiky speed demon. James Marsden will be playing the previously revealed Officer Tom Wachowski, and Jim Carrey was signed last August to play the villainous Dr. Robotnik (or Dr. Eggman, if you prefer).

SEGA has shared a new poster giving us a sneak peek of Sonic's on-screen form, with IGN providing a dynamic version on Instagram:

Get your first look at Sonic The Hedgehog in his new live action movie.

Though we currently have a lot more shadow than Sonic, we can make out a few details regarding visual changes to the character. Notably, he seems to have beady little hedgehog eyes. Executive producer Tim Miller told IGN that SEGA wasn't particularly happy with their solution for Sonic's eyes, but that the infamous "two pupils, one eye" look wouldn't work well onscreen.

Also notably different is the fact that he has fur—a point that Miller said was always going to be the case—and new red trainers. Apparently, designers looked through all the different shoes Sonic has worn across his game series and attempted to design something that would both serve as an homage and look like what a present-day Sonic in our world would wear. 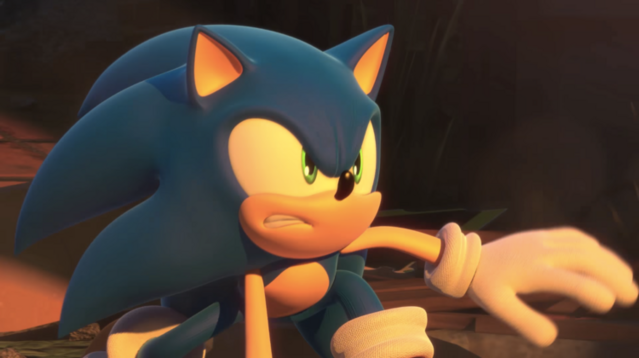 As for depicting his signature speed onscreen, director Jeff Fowler—a Sonic superfan dedicated to making sure the film is done right—says that they've had concepts in the works since the early days. The effects are being added as we speak, and Fowler says Sonic's speed (and how it is depicted) will evolve as the movie progresses.

Sonic the Hedgehog is due to hit US theaters on November 8, 2019.

Tags
sonic the hedgehog, sega
« Previous Post
Kingdom Hearts VR Experience Brings the Series to Life This Month
Next Post »
PEACE MAKER KUROGANE is Back! The Crunchyroll Expo Report on the Screening of PEACE MAKER KUROGANE - Belief -!
Other Top News
27 Comments
Sort by: