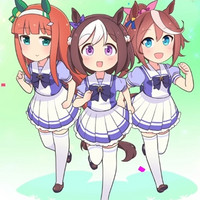 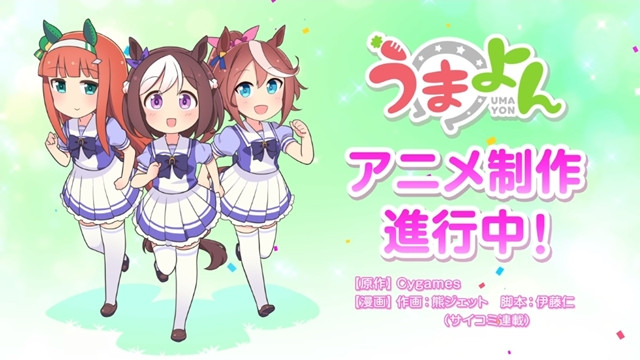 that an anime adaptation of Umayon, a spin-off four panel manga of Cygames' multimedia franchise Uma

Musume Pretty Derby, is now in the works. The anime's official teaser site also opens with a 30-second

teaser trailer. How and when the anime is distributed is currently unknown.

been serialized on Cygames' web comic service on CyComi since March 2018. Its story focuses on the

was originally planned for the winter of 2018, is announced to be postponed to a later date for further

improvement of its quality. The game had attracted 350,000 pre-registrations by September.

Trailer for the game app