3-day excursion featuring Kenichi Suzumura and Miyu Irino will broadcast on dTV, Ani TV, and others 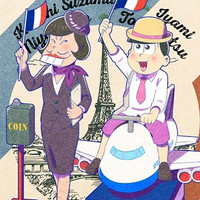 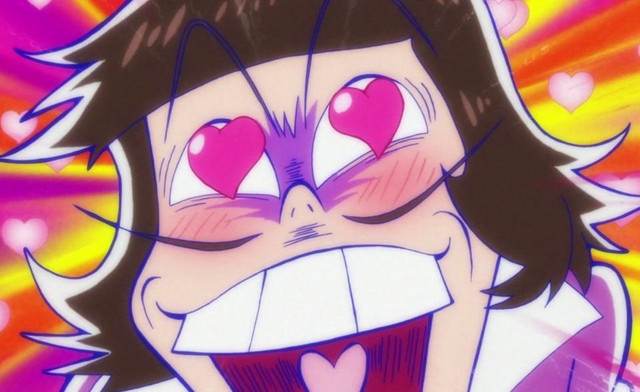 Just before the release of Mr. Osomatsu the Movie, voice actors Kenichi Suzumura (the voice of Iyami) and Miyu Irino (the voice of Todomatsu) will embark on a 3-day tour of France for a "movie propaganda" TV special that promotes the upcoming film. 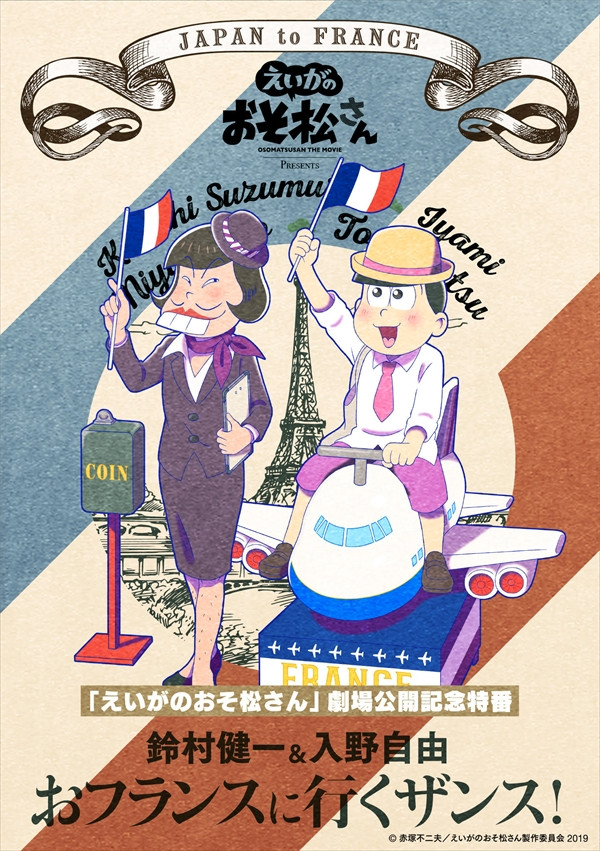 The TV special will broadcast on dTV, Ani TV, and other outlets, although the exact broadcast schedule has not yet been revealed. It will also be released on Bluray and DVD in Japan on March 13, 2019. The Bluray retails for 6264 yen ($56.55 US) including tax, while the DVD retails for 5184 yen ($46.80 US) including tax.

Mr. Osomatsu to Share the Love in Trio of Valentine's Day Anime Shorts