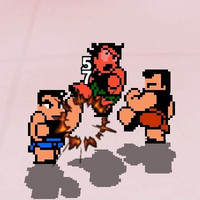 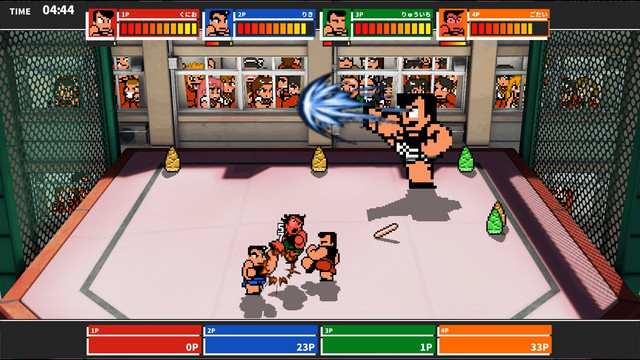 Proving that you can't keep a good delinquent down, the Kunio-kun series (best known in the West for games such as River City Ransom and Super Dodge Ball for the NES) is getting another entry with a bench-clearing brawler that will be released on Nintendo Switch, PlayStation 4, and Steam. 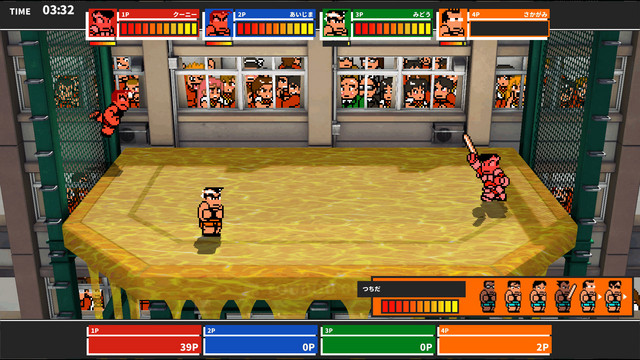 Downtown Rentou Koushinkyoku Mach serves as a sequel to the earlier game, Downtown Rentou Kachimeki Kakutou SP ("Downtown Hand-to-Hand Brawling Elimination Tournament SP"), and the new game features new power-ups such a bamboo shoot that makes your character grow to enormous size, a new tag-team mode that allows you to sub in a new character after your first is knocked out, and a team editor that allows you to mix and match characters from your favorite teams. 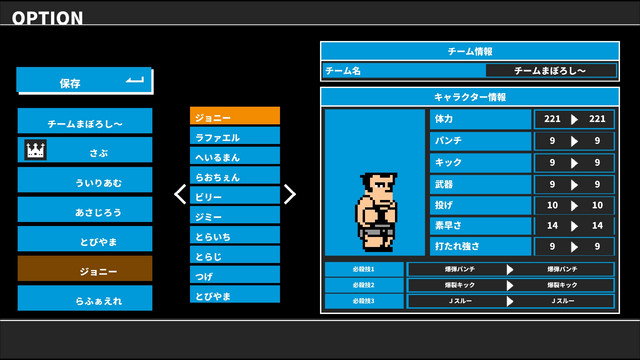 Downtown Rentou Koushinkyoku Mach will be released in Japan for the Nintendo Switch in the Spring season of 2019. The release dates for the PlayStation 4 and Steam versions of the game have not yet been revealed.