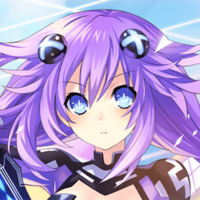 Looking for more games to play, but don’t want to leave your desktop? Crunchyroll partner Utomik is rolling out tons of new games for subscribers, with many already available to play!

Utomik is a repository of more than 900 PC games, with more being added all the time. Once you’ve chosen a game, you can start playing after a short download — instead of waiting for patching or for the full game to come down. Utomik is included for free as part of Crunchyroll's Super Fan Pack for new subscribers in the US.

The service already has several games available right now for fans of anime, JRPGs, and visual novels. Currently, on the platform are:

Ys: The Oath in Felghana

Throughout the month of March, more big games will be coming to Utomik, including:

The House in Fata Morgana

The Legend of Heroes: Trails in the Sky the 3rd

Utomik is included as part of Crunchyroll's Super Fan Pack for new subscribers in the US, giving users access to the service’s ever-growing library of PC games.