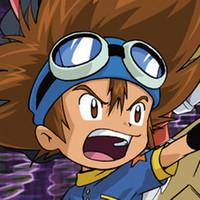 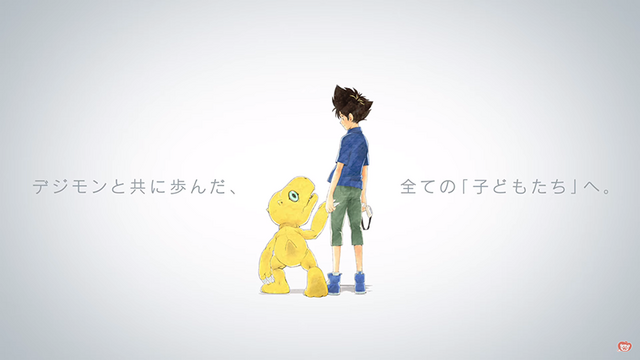 The announcements just keep coming for the Digimon 20th anniversary — with today's news including movie info and art for two collaborations.

The previously-teased film coming in 2020 has revealed a key visual, featuring Tai and Agumon. It's also been confirmed that the cast of Digimon Adventure tri. will be returning for the new film. Info is still sparse, but producer Yosuke Kinoshita says the aim is to make the movie meaningful for fans who have been there since the beginning, but accessible to people new to the world of Digimon Adventure.

Digimon Adventure tri. character designer Atsuya Uki has created a crossover with Hatsune Miku, showing the Vocaloid and Agumon in a swarm of butterflies. And yes, Miku has goggles and her own Digi-Vice: 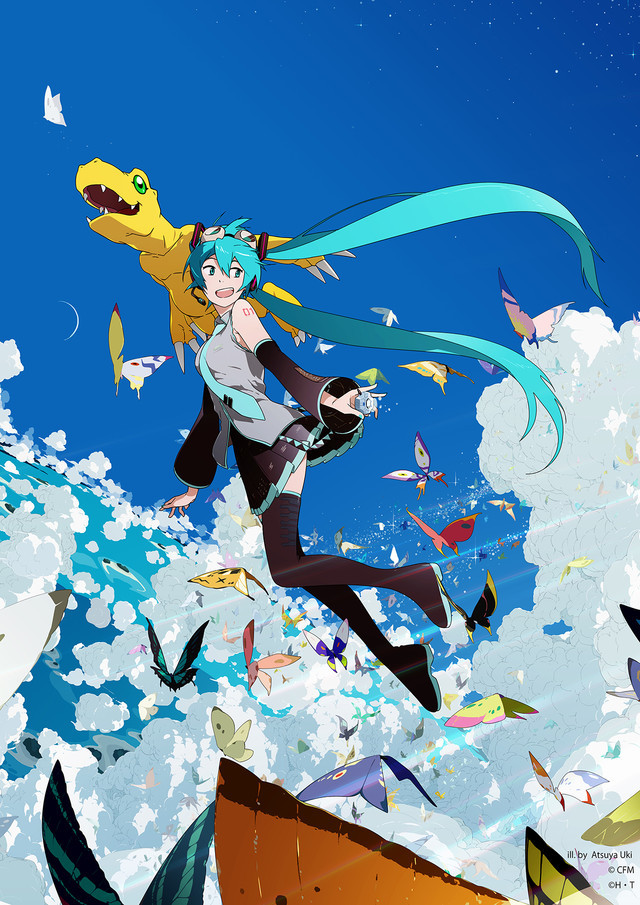 Additionally, plans are underway for a collab café that will open around Japan on March 21. Nazo Tomo Café, a restaurant/escape room, will be in charge of the event. 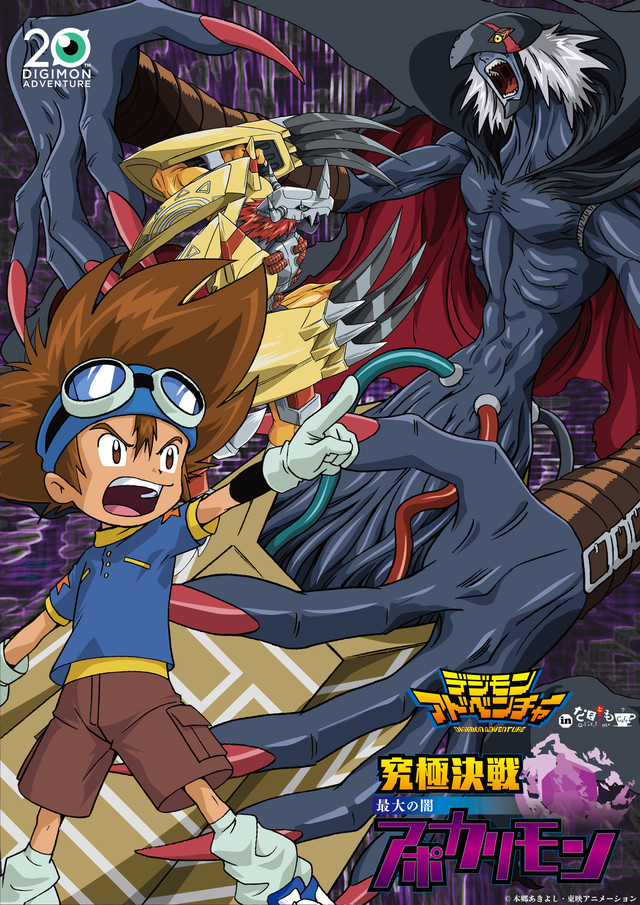 The Digimon Adventure anniversary movie is due out in early spring 2020.