The series has printed over 2.2 million copies in Japan 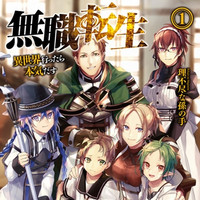 The official website and Twitter for KADOKAWA Media Factory's light novel imprint MF Books confirmed today that an anime project based on Rifujin na Magonote's fantasy light novel Mushoku Tensei: Isekai Ittara Honki Dasu/Mushoku Tensei: Jobless Reincarnation is now in the works. How and when it is distributed is currently unknown.

This is the imprint's third title that gets its anime adaptation, following Aneko Yusagi's Tate no Yusha no Nariagari/The Rising of the Shield Hero and Y.A's Hachinantte Sore wa Nai Deshou!/The Eighth Son? That Can't Be Right!.

The novel author celebrates the news with a cake.

Narou from September 2012 to April 2015. Then MF Bunko started publishing its print edition in

illustrated by Yuka Fujikawa has been serialized in KADOKAWA's Comic Flapper since May 2014, and

its next tenth volume will be available on the same day as the novel's 21st volume. A total print run

of the series including both the novel and manga has reached 2.2 million copies.

Seven Seas Entertainment has licensed the English edition of both the original novel and manga.

The publisher introduces its story as below:

time to turn over a new leaf—he gets run over by a truck and dies! Shockingly, he finds himself reborn

into an infant’s body in a strange new world of swords and magic. His new identity is Rudeus Grayrat,

but he still retains the memories of his previous life. Follow Rudeus from infancy to adulthood, as he

struggles to redeem himself in a wondrous yet dangerous world. 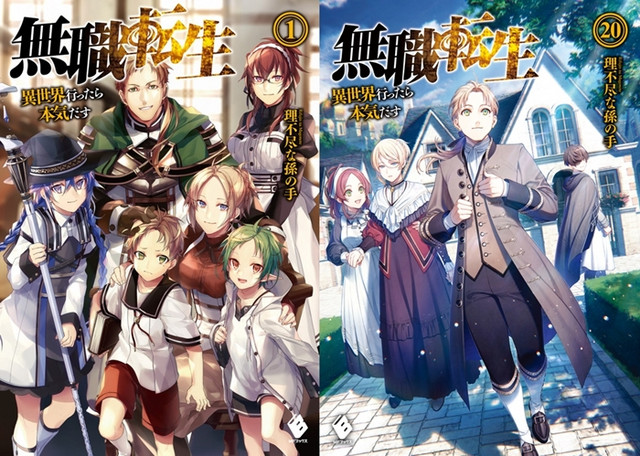 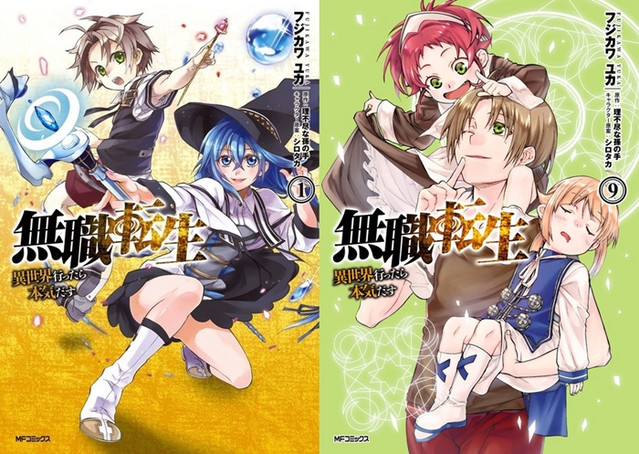