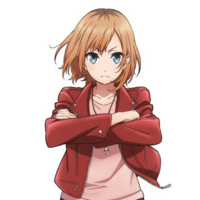 P.A. Works founder and president Kenji Horikawa and producer Takayuki Nagatani (Infinite) took the stage at AnimeJapan this Sunday to share experiences of working on the anime about making anime, SHIROBAKO, and provide insights into the upcoming film, announced last summer at a special fan event held in the Musashino neighborhood. Crunchyroll staff was front and center at this event to find out the latest updates with the staff favorite series!

According to Horikawa, the film is set around five years after the original TV anime, which launched originally in October of 2014. Protagonist Aoi Miyamori will take on a significant new role compared to where we saw her as the TV series ended: the production desk, or head production assistant. Previous comments by series director Tsutomu Mizushima in the June 2015 issue of AnimeStyle reveal that Horikawa’s original intention was to make SHIROBAKO four cours - or 13-episode blocks - with Miyamori receiving a new role each cour. Her role was speculated to become a line producer and then a full producer had this dream been realized, but as the TV show had only been pitched as a 24 episode series and the panel at AnimeJapan was non-committal, there's no sure answer as to what Miyamori's new title could be. 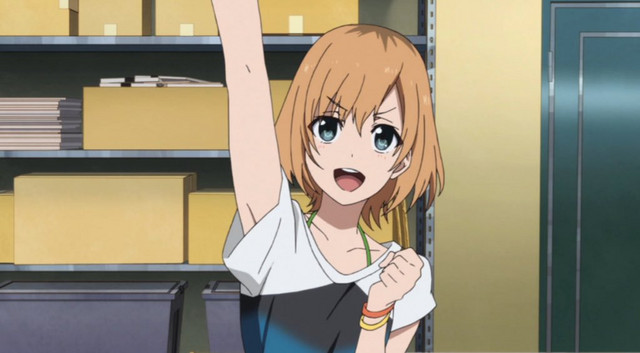 During the presentation, Horikawa alluded to his co-host that the film would be completed by the end of the year, teasing at potentially an early 2020 release date. While Nagatani was skeptical of this timeline, he conceded that if P.A. Works producers could meet that deadline, that he would be able to do his part as well. In that situation, the film would be distributed five years after the final broadcast of the television show, amounting the same number of years that have progressed in the SHIROBAKO universe as in real life. 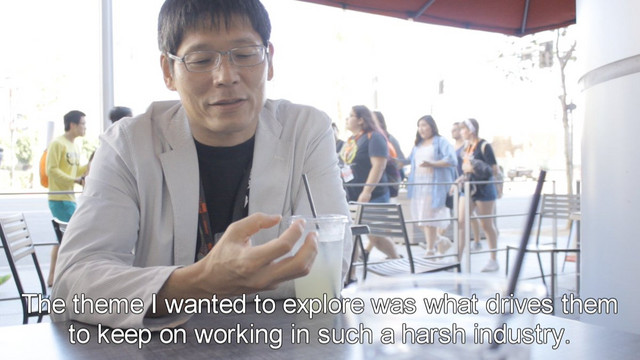 Kenji Horikawa via The Canipa Effect

A new character, Miyai, was introduced, as the only new visual element debuted at Anime Japan. Her character sheet was presented to the audience but unfortunately will not be available online. The character’s designs were very much in the style of the other SHIROBAKO principle cast, with similar facial features but a more mature hair style. In SHIROBAKO tradition, one of the dozen or so drawings on her character sheet showed an expression just after finishing a beer. 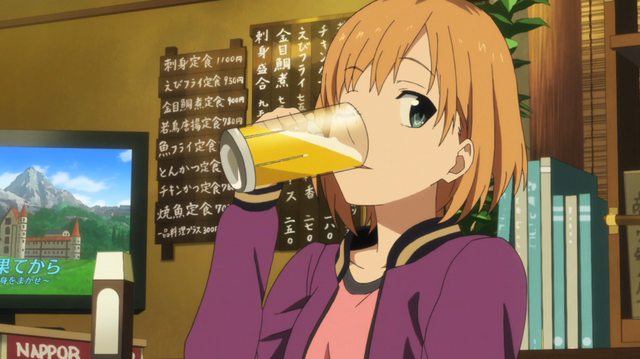 Miyai was not the only new character design at the presentation - producer Nagatani shared up-and-coming animator Ema’s 5-years-later version — but only with host, Haruka Yoshimura (Ema’s Japanese voice actress). Yoshimura noted that she was a fan of Ema's new style.

The film will be at least 120 minutes, Horikawa said, explaining that the film required too many elements for the typical 90 minutes allotted for an anime film. He joked that they would want to make the running time even longer, but that at three hours, they would be forced to add an intermission so that attendees could go to the restroom.

The original SHIROBAKO series aired on Crunchyroll over the course of 24 episodes from October 2014 to March 2015. The series has won multiple awards, including the 2016 Tokyo Anime Award for “Anime of the Year” and the best Animated TV Series as part of the 19th Japan Media Arts Festival. The series was directed by Tsutomu Mizushima and written by Michiko Yokote.