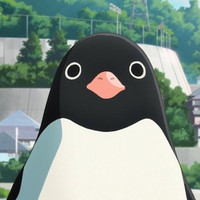 ELEVEN ARTS Anime Studio revealed some more details about the U.S. theatrical release of Penguin Highway, an anime film directed by Hiroyasu Ishida and based on the novel by The Night is Short, Walk on Girl author Tomihiko Morimi. The feature is set to premiere in New York at the Village East Cinema on April 5, followed by nationwide screenings on April 12.

Penguin Highway will be presented in Japanese with English subs as well as the English dub.