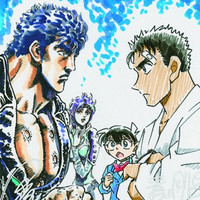 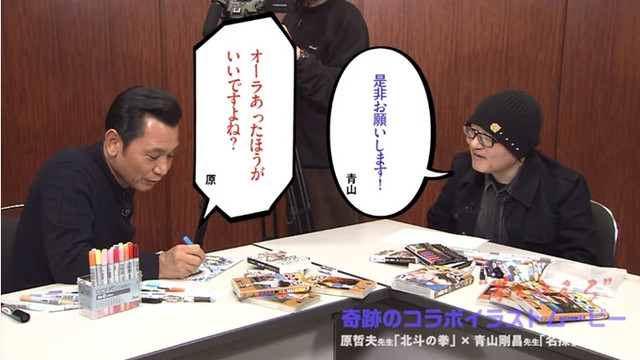 and Rin from North Star. The word "Fist" in both titles triggered this special collaboration.

Making video of the illustration

In addition, special "Fist Battle" trailer narrated by Akira Kamiya, the voice of Kenshiro in the Fist of The

Detective Conan: The Fist of Blue Sapphire is set to be released in Japan on April 12, 2019. 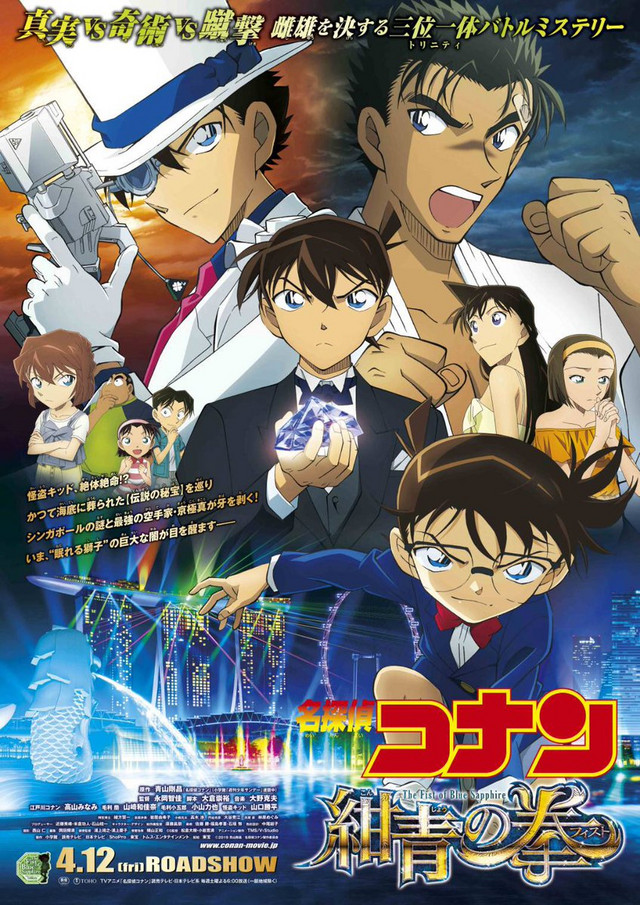 The story of The Fist of Prussian Blue is set in Singapore, the first foreign country to be featured in the

film series, and revolves around the world's biggest jewel "Blue Sapphire" which is said to have sunk to

the bottom of the sea in the end of the 19th century. Conan and his destined rival Kaito Kid are getting

and a great conspiracy in the country. Makoto Kyogoku appears as a key person who tries to interrupt

Kid's attempt to steal Blue Sapphire. The film follows the three-way battle among Kid, Kyogoku, and

Conan who is forcibly brought to Singapore by Kid.