Because you're just not kawaii when you're hungry 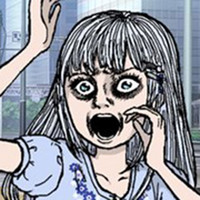 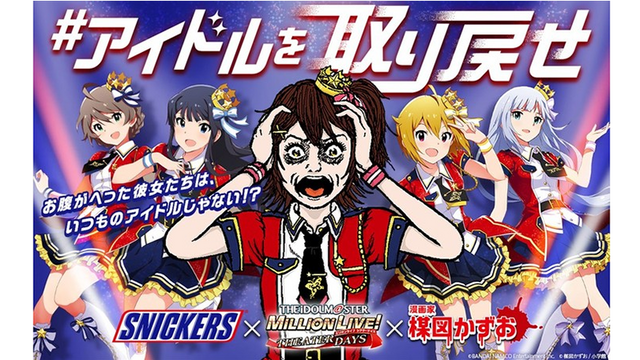 Snickers has been making bank around the world with it's "You're not you when you're hungry" campaign. In America, that means Betty White playing full-contact football and Mr. Bean messing up a kung-fu flick. But for [email protected] fans in Japan, there's a much more horrific crossover in store.

Horror artist Kazuo Umezu has put his spin on the girls of THE [email protected] Million Live!: Theatre Days, a 2017 spinoff game from the popular franchise. Girls from the game's 39 project are drawn in Umezu's unique style, showing the horrors of an empty stomach in the company's "Take Back the Idol!" campaign. 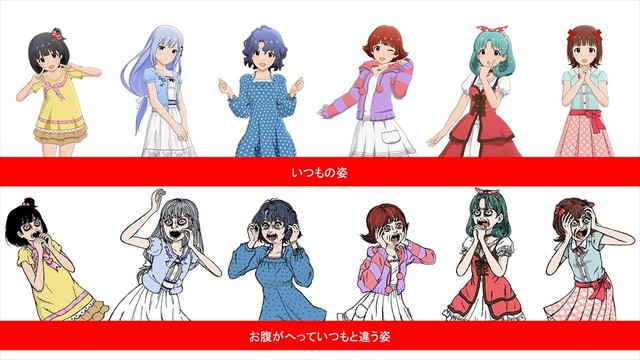 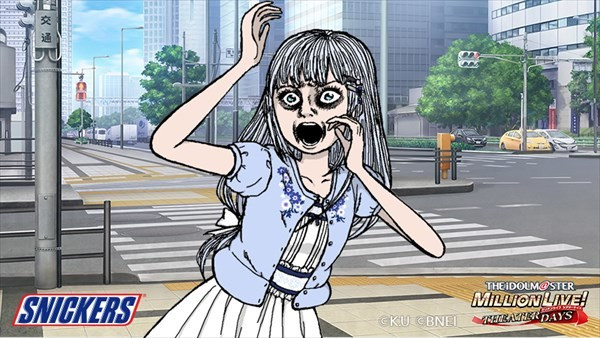 Fortunately, fans can help. Buying a Snickers and sending a photo of it to @sni_rep with the hashtags "#アイドルを取り戻せ" ("take back the idol") and the full name of your idol of choice will "feed" the candy bar to her, calming her down. A select number of lucky participants will receive thank-you photos, and occasionally voiced videos.

Plus, once enough people have tweeted for each idol in a unit, new MVs will be unlocked on the campaign website, featuring costumes designed for the collaboration. These costumes will also show up in-game.

The event is now underway in Japan.

>> Watch THE [email protected] on Crunchyroll

Tags
the [email protected], snickers, kazuo umezu
« Previous Post
Explore Lapis x Labyrinth in 'So You Want to Be an Adventurer…' Trailer
Next Post »
Death Mark Game Brings Its Dark Horror Adventure to Steam
Other Top News
4 Comments
Sort by: