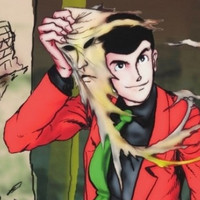 Soon after the news about the passing of 81-year-old manga artist Monkey Punch, best known for his internationally popular series Lupin The third, Kanichi Kurita, who has been voicing the protagonist character in the anime series, released a condolence message to Japanese media.

61-year-old comedian Kurita was known for his voice mimicry of the anime character Lupin originally voiced by Yasuo Yamada, which was loved by the actor himself. Due to Yamada's sudden illness in February 1995, Kurita played the role as his substitute in the Farewell to Nostradamus film released in April of that year. After Yamada's death the following March, he officially inherited the role and has played it for 25 years,.

"It has been over 20 years since I, who had no voice acting experience back then, was given the important 'Lupin The Third' from Sensei. Since the first time we met, you had been always with a smile, gentle, calm, and warm. In the days of endless anxiety and pressure, I was saved by Sensei, who treated me with a smile. I felt protected with your word, 'Don't worry about anything.' I will keep the memory of several visits to your home town Hamanaka-cho (in Hokkaido) with you as a precious treasure only for myself. I am really thankful to you. May you rest in peace."

website as soon as its date and place have been decided.