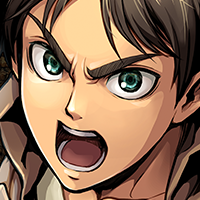 Hot on the heels of Bungo Stray Dogs: Tales of the Lost, Crunchyroll Games is partnering with a brand new mobile game for anime fans to play and enjoy…Attack on Titan TACTICS!

Attack on Titan TACTICS is a free-to-play tactical role-playing game, where players can deploy weapons and place traps to attack titans based on the original anime.

Developed by KAYAC and published by DENA, the original Japanese voice actors from the anime Attack on Titan, and exclusive interact chats found only in the mobile version of the game.

New updates and in-game content will be available during the launch from DeNA.

Attack on Titan TACTICS is NOW AVAILABLE for Pre-registration across US, Canada, and Australia.

In celebration of the launch, there will be game stations set up at the main Crunchyroll booth at Anime Boston, where fans can learn more information about the game. Look for the Crunchyroll Games signs! Check out the trailer below!

In the meantime, Follow Crunchyroll Games on social for the latest news and updates at: