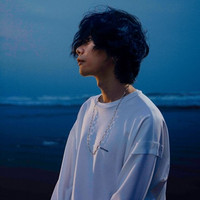 The official website for the forthcoming anime film adaptation of Daisuke Igarashi's award-winning fantasy manga Kaiju no Kodomo/Children of the Sea announced today that 28-year-old Japanese singer-songwriter Kenshi Yonezu has provided his newly-written song "Umi no Yuurei" (The ghost in the sea) as its theme song. Yonezu has kept good relationship with the manga author since the "Louvre No. 9 — Manga, the 9th Art" exhibition in 2016, for which he wrote the theme song.

Back in 2017, he wrote/composed/produced "Uchiage Hanabi," the theme song for the anime film Fireworks, Should We See It from the Side or the Bottom? sung by DAOKO, and also joined the song's recording as guest vocalist. "Umi no Yuurei" is his first film theme song work featuring him as main vocalist.

He said, "I think I was teenager when I read the manga for the first time, and I still remember that I

was overwhelmed by its greatness. Even rereading it now, the shock at that time has not been aged

at all, and it brings me new discoveries more. I thought it would be great if I could write a song for

the manga's silver screen adaptation, so I feel quite emotional to see that dream has come true. In

the last few months, I had asked myself whether I could create a song that couldn't be beaten by the

manga's charms and also could get close to it well. Right now, I am looking forward to the day when

the song is played in theaters."

set for June 7, 2019. 52-year-old Ayumu Watanabe (After the Rain, Gurazeni) serves as director at