Meet Kurumi Tokisaki ahead of the visual novel's debut 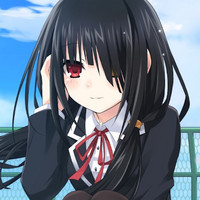 Ever since a western release was announced for DATE A LIVE: Rio Reincarnation, Idea Factory International has gradually been highlighting more of the visual novel adventure's characters. The latest is Kurumi Tokisaki, AKA Nightmare or the Worst Spirit, the only one Shiro was unable to save. Dig into her bio and see how she looks in the new batch of screens below.

Also known as Nightmare. So far, she is the only Spirit that Shido was unable to save, which makes her The Worst Spirit. Although most Spirits enter the human world by accident, she is a special entity who can travel between worlds at will. Make no mistake, there is some method to her madness. Her motives, however, are not yet clear. The angel she manifests is Zafkiel. 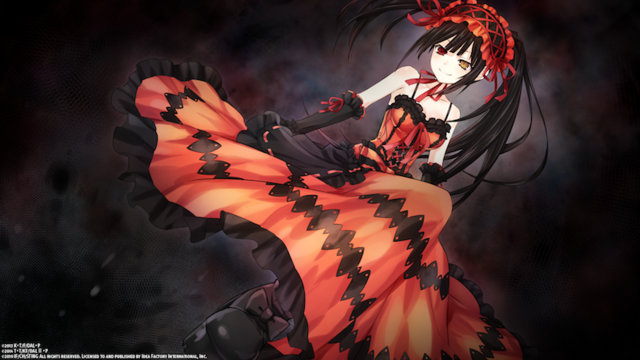 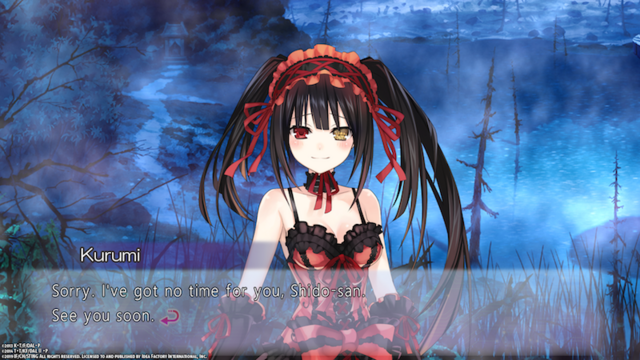 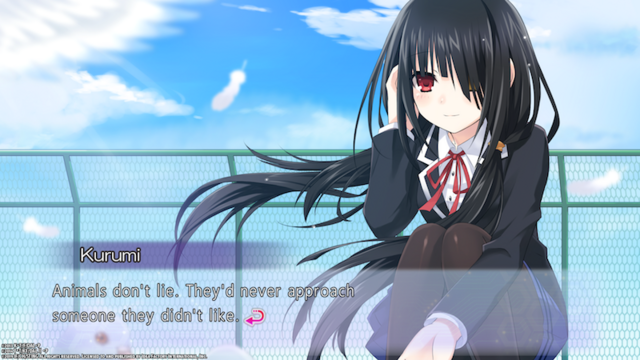 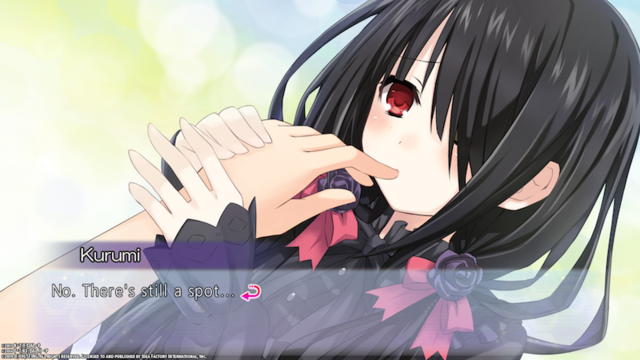 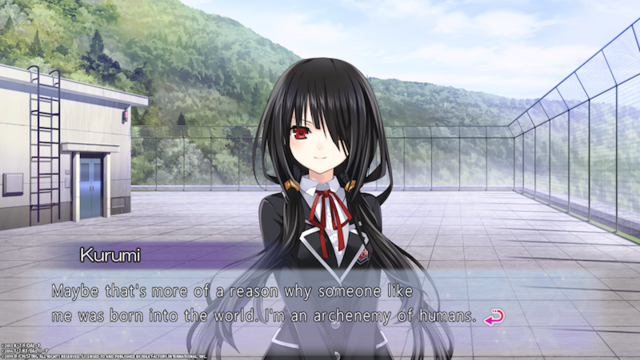 A brand new character named Rio appears, who calls Shido “papa” and is searching for the “most important thing.”

After having escaped nearly being trapped in a virtual reality, Shido is afflicted by a strange feeling. A disturbance in the world in which he lives. Someone is out there… He cannot shake the helpless, uncomfortable feeling. This strange feeling persists… A new paradise. A girl who has the same last name as Rinne – Rio Sonogami. The girl, along with Marina… for the sake of everyone’s happiness, they wander in search of “the most important thing.”

Choose Your Fate and Find a Date – Immerse yourself in the world of DATE A LIVE, where Shido has the option to pick from 11 characters and over 150 dating events! Need a break from dating? Get to know the Rio Reincarnation exclusive character, Rio Sonogami, and even talk with 10 other sub-characters for additional story elements!

Find Your Route to Love – The choices you make with each girl can affect Shido’s overall destiny! If Shido plays his cards right, he can find the true ending of his favorite girl!

There’s More Where that Came From – Two previous entries in the DATE A LIVE series that were only available on the PlayStation®3, Rinne Utopia and Arusu Install, will be included in Rio Reincarnation!  Re-experience the ending of your date’s route in Rinne Utopia and Arusa Install, and experience new date endings and Event CGs in Rio Reincarnation!

DATE A LIVE: Rio Reincarnation is on the way to PlayStation 4 in North America and Europe on June 21, with a PC version to follow at a later date.