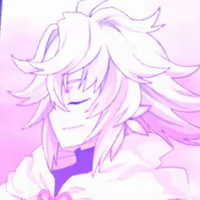 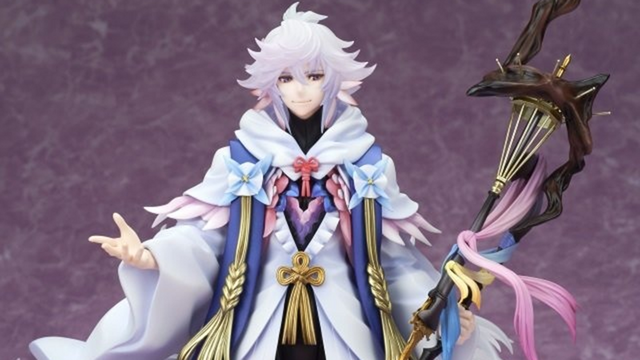 He's flighty and unreliable, but his heals are second-to-none. Merlin of Fate/Grand Order is now a gorgeous new figure from AmiAmi!

The 1/8 scale figure is painted in pearlescent and metallic paints. Extra attention is given to the detail on his floral accessories, the scarves on his staff, and his floor-length hair: 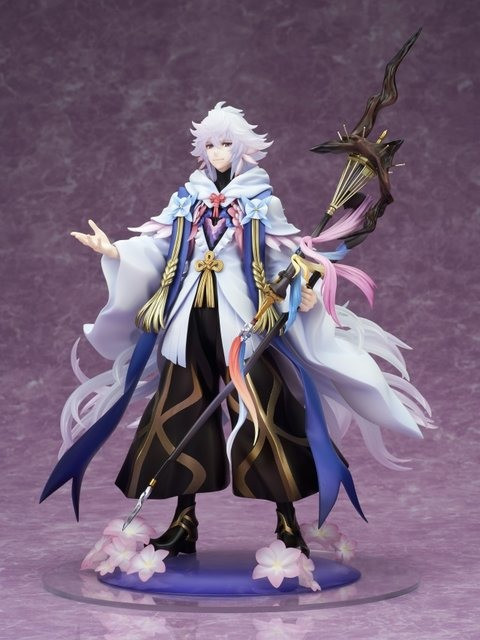 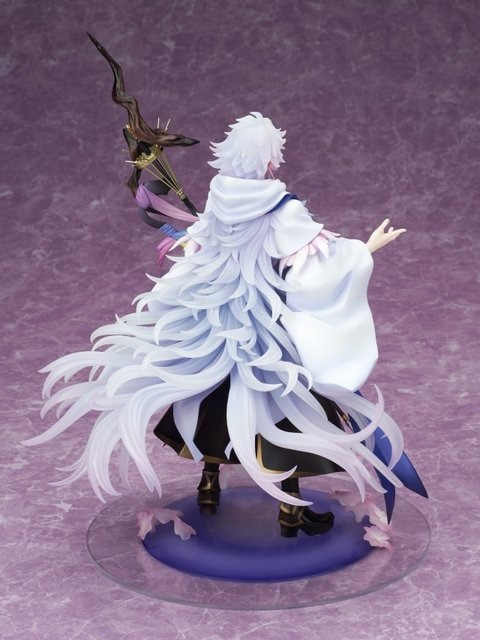 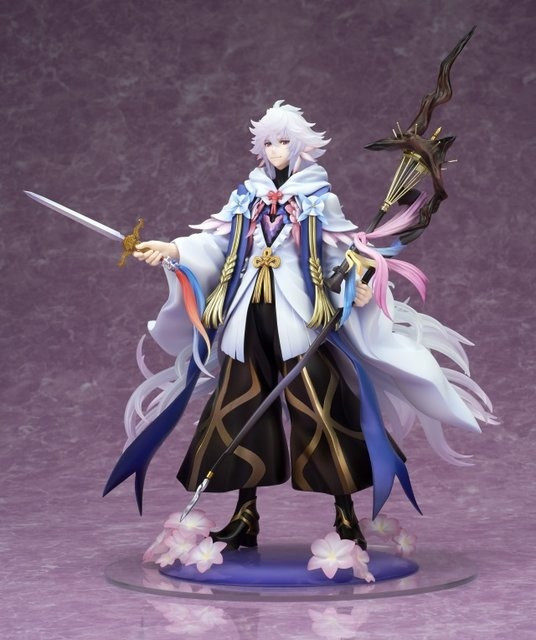 Merlin comes with a base adorned with pink flowers, reminiscent of his appearance in the mobile game.

Pre-orders are now open via AmiAmi, Animate, and Animate Online. The figure sells for 22,500 yen plus tax, and is expected to be released in April 2020.