FLCL Progressive and FLCL Alternative Are Now on Crunchyroll!

Both series are available to stream worldwide except for Asia 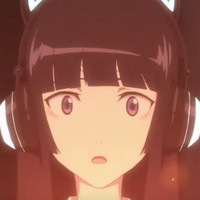 Crunchyroll has something special for its members today, with the brand new addition of FLCL Progressive and FLCL Alternative to the streaming lineup! Both series are now available to Crunchyroll members worldwide except for Asia, so dig into the details and check out the official trailer below.

FLCL: Progressive tells the story of 14-year-old Hidomi, her classmate Ide, and two otherworldly beings, “Jinyu” and “Haruha Raharu,” who are determined to unlock their hidden potential. Mixed up in this is an all-powerful force known as “ATOMSK,” a gorgeous Chrysler Bel Aire… and a certain Vespa Scooter. 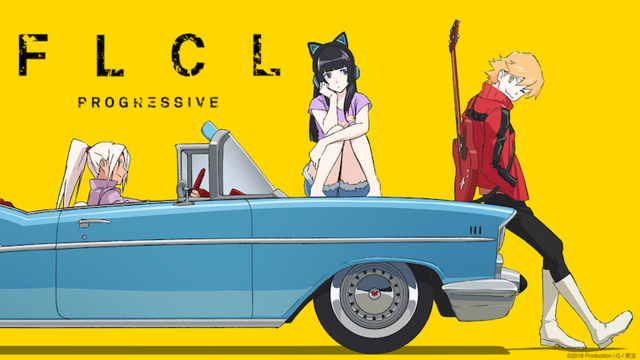 FLCL: Alternative centers on the misadventures of 17-year-old Kana, a high school junior who spends her days hanging out with her besties, Mossan, Hijiri, and Pets. They live unremarkable lives, until the day a Mecha falls out of the sky, along with a strange woman named “Haruko.” Her plans for Kana and her friends involve the force known as “ATOMSK.” Kana will have to risk everything to decide whether or not to help… like she really has a choice! 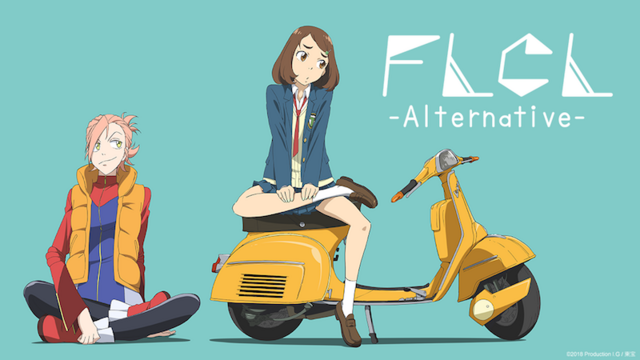