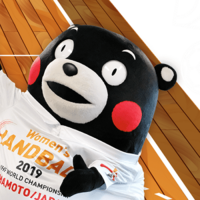 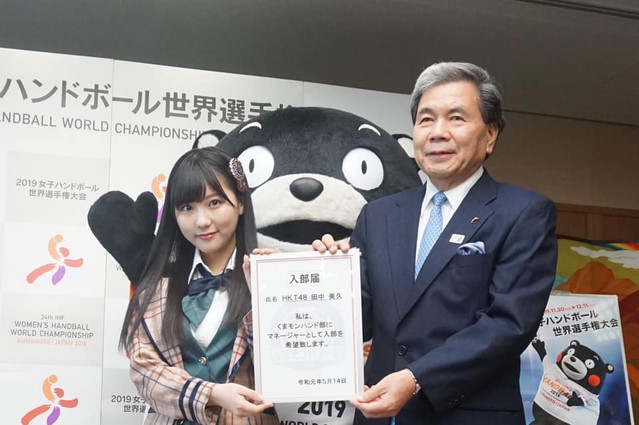 What do HKT48 idol singer Miku Tanaka and mascot character Kumamon have in common? They're both from Kumamoto Prefecture, and both of them are using their star power to promote the sport of handball through the "Kumamon Handball Club", a fan group which seeks to rally support for the 24th IHF Women's Handball World Championship, which will be held from November 30 - December 15, 2019, in Kumamoto Prefecture, Japan.

Kumamon is the official captain of the "Kumamon Handball Club", while Miku Tanaka plays the role of manager. The mascot / idol singer team-up also includes the sale of special tickets to matches for the 24th IHF Women's Handball World Championship featuring Miku Tanaka in her club manager uniform as well as a lottery style drawing for an event in which 200 lucky fans will be able to share a meet-and-greet with Miku Tanaka and 3 even luckier fans can win handballs featuring her autograph.