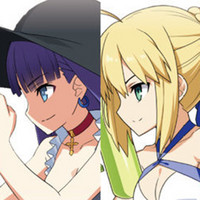 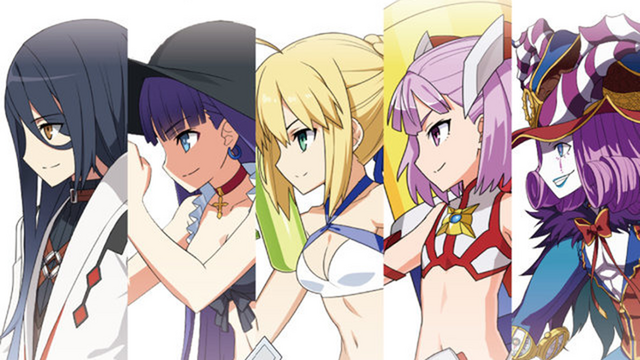 Masters who have taken their Singularity-fixing antics to the gaming table have a new set of Servants to add to their collection—this time with a summer theme!

The sixth wave of Fate/Grand Order Duel figures features Martha (Ruler), Altria Pendragon (Archer), and Helena Blavatsky (Archer) as seen in the game's summer campaigns. Also along for the ride are Paracelsus (Caster) and Mephistopheles (Caster). There's also a secret figure, but we have no indication yet of who it is. Fingers crossed for Summer Mordred. As usual, each box contains one random figure, five Command Cards, one Status card, and three Skill cards. 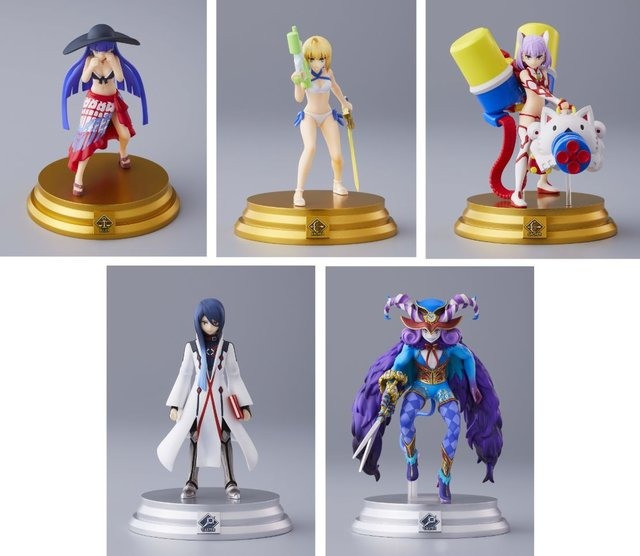 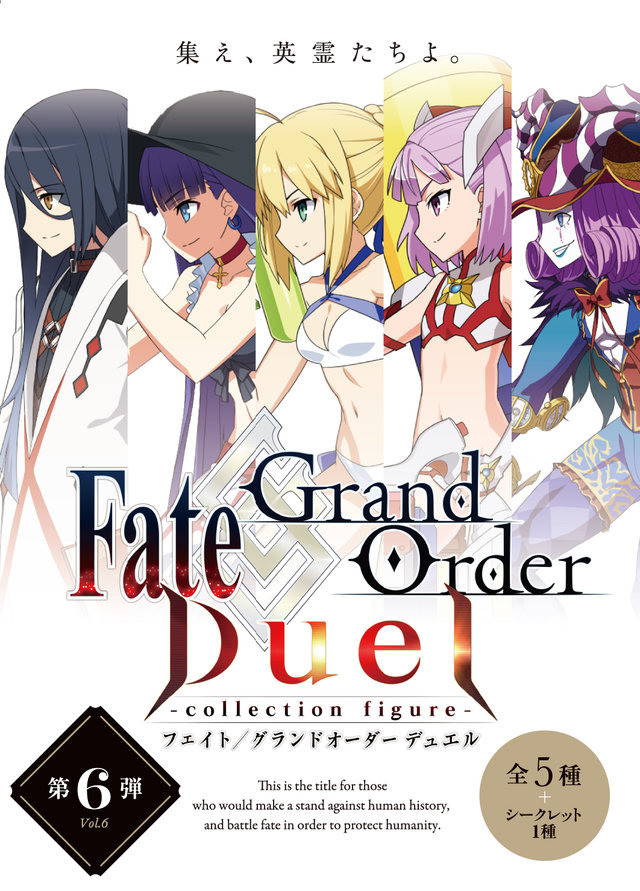 Customers who buy six boxes from the Aniplex+ shop in Akihabara can also pick up a carry case for their cards while supplies last: 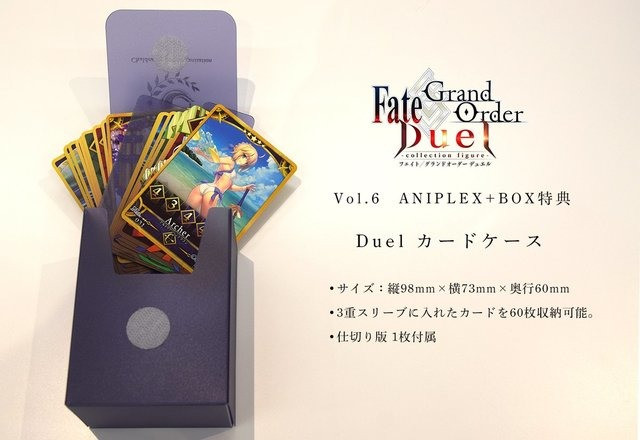 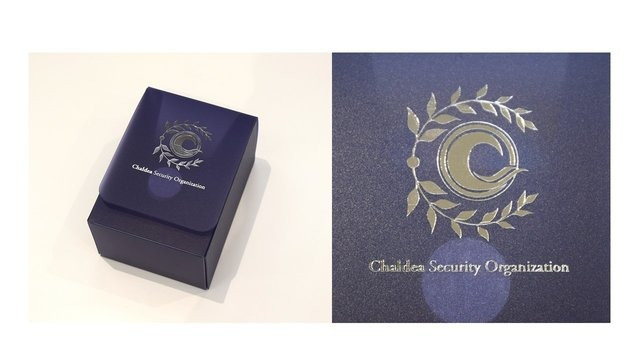 A retweet campaign is also kicking off today. Fans who follow @fgoduel on Twitter and retweet the account's five target tweets with the hashtag #FGOD_vol.6 will be entered into a drawing for one of 100 sticker sheets. Alternatively, you can go straight to the Aniplex+ shop in Akihabara and show the retweets on your phone to get a sticker sheet in person: 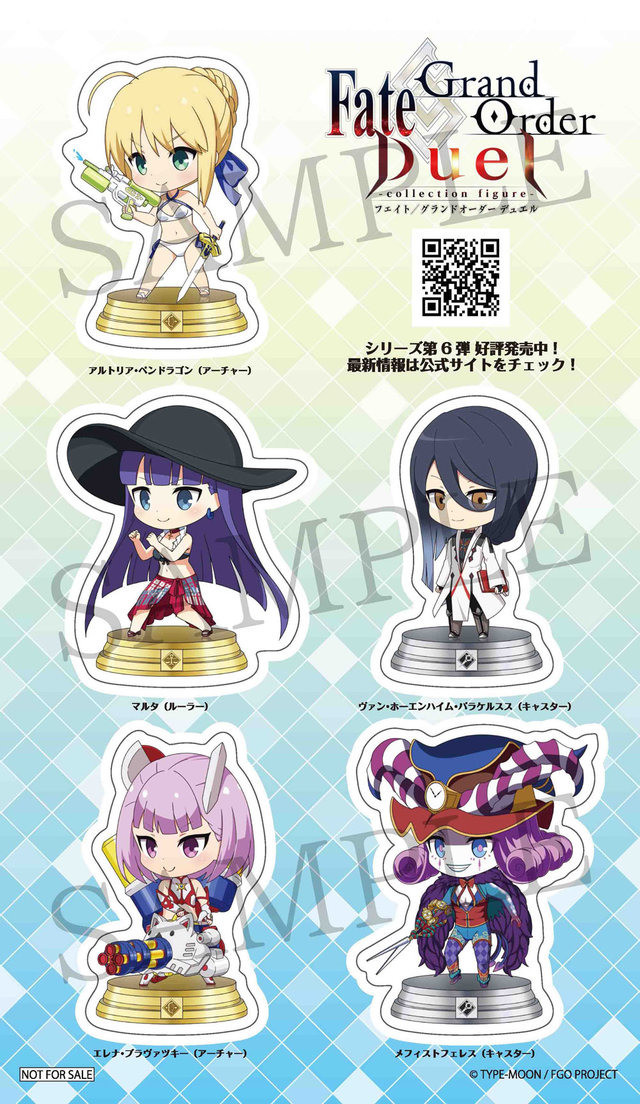